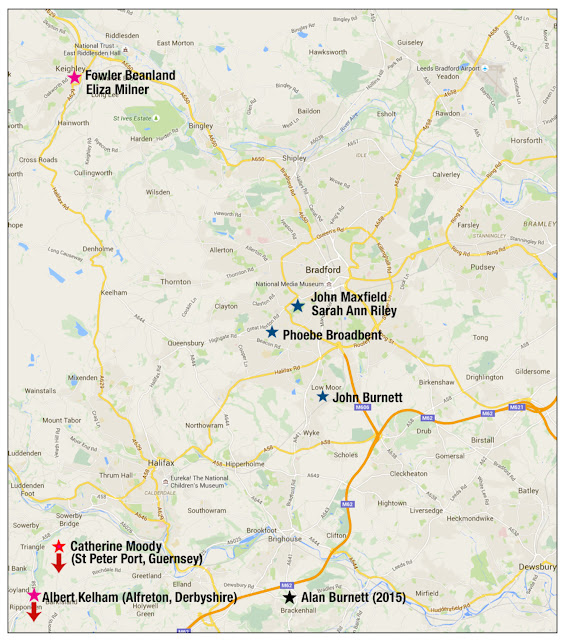 Family history tends to be a vertical affair. We dig down in straight lines connecting generations. I am the son of Albert Burnett, who was the son of Enoch Burnett, who was the son of John Burnett, who was the son of James Burnett  ... and so on; generation begetting generation in a vertical line stretching back into history. It is an attractive approach to understanding where we come from: we can follow a DNA thread backwards in the comfortable knowledge that a bit of me comes from a bit of her that comes from a bit of him. But the approach can also be deceptive : we are neither clones of our forefathers (or foremothers) nor are we isolated from our environments. What made us what we are is far more complex than a simplified DNA pie-chart. It is a complicated cocktail of people, places and events and you can occasionally get a better appreciation of this cocktail by abandoning the vertical perspective and adopting a horizontal viewpoint.

So what happens when we cut through history in order to try and compose a picture of all the various elements that made me who I am today. And let us - for the sake of argument and convenience - make that cut 154 years ago in 1861.

If we take just the biological perspective, then I am the product of first two, then four, then eight sets of ancestors (and if I go back further than my 154 years, that number will go up exponentially until, without a doubt, I will eventually be related to you, cousin of mine). But in 1861 we can isolate the eight I want to concentrate on - my mother's four grandparents and my father's four grandparents. All eight were alive in 1861 and thanks to the 1861 census, all eight were traceable.

And once we have traced them we can move on from the strictly biological view to one which is far more interesting. This view is shaped by where they lived, how they lived, and what they did. And it is this more intricate and fascinating picture I want to try and interpret in the following parts of this short series.

But for now let us content ourselves with driving metaphorical stakes in the ground and plotting the location of each of the eight on the night of Sunday 7th April 1861, the night the census was taken. And the first interesting thing we discover is that for six of the eight, I could have visited during a day's walk from where I live today. If I had managed an early start, I could have walked north and popped in to have breakfast with John Burnett, a mid morning cup of tea with his future wife, Phoebe Broadbent, lunch with John Maxfield and his young wife Sarah Ann, and then pressed on for supper with Fowler and Eliza Beanland. The final two of my eight were further afield, but we will come to them in good time. My first stop, will be at Low Moor, six miles up the road from where I live now. I will meet you there.
at September 08, 2015