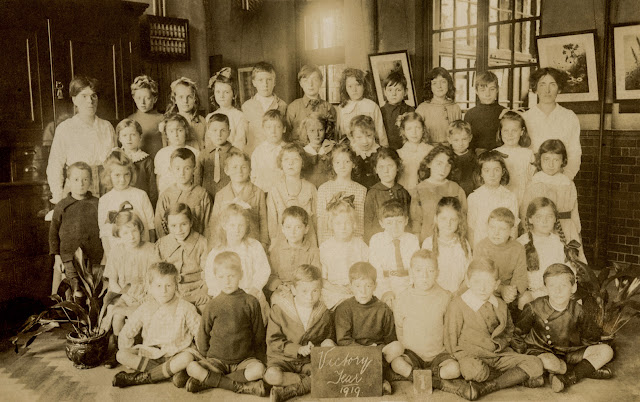 At some stage, I came into possession of these three photographs of school groups from, I suspect, the same school. One of the photographs includes a date: two children holding a slate with "Victory Year, 1919" written on it. The first and second photographs were obviously taken in the same classroom, and the third one is probably the same school at the same time. I have no idea who any of the children are, but that doesn't matter. It was Victory Year, and there was so much raw future gathered together. Hindsight tells us that Victory Year was soon followed by decades of economic depression and warfare, but the children gathered together knew nothing of what was to come. Their futures were in front of them. 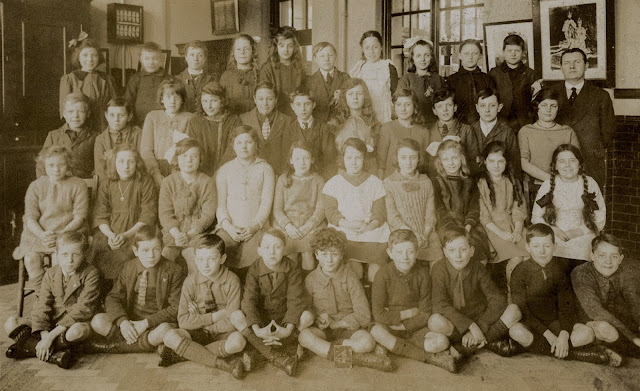 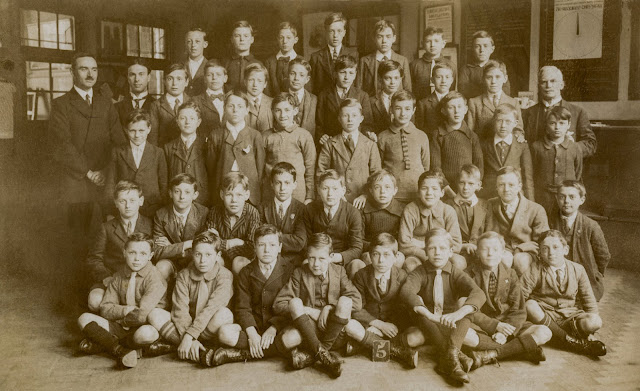 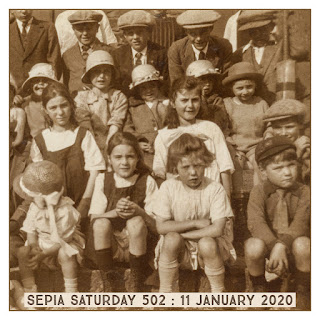 This post is in response to the prompt for Sepia Saturday 502 which features a group of children from about the same period as these three photographs.