Tonight Matthew, I'm Going To Be A Foreign Correspondent 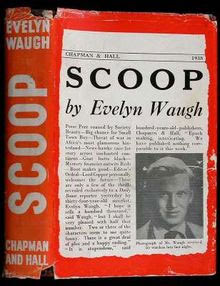 Have you ever had one of those mornings when you wake up and you know you have the answer? As readers will know the question which has been dominating my life of late is "what can I do with myself" And this morning, as the flakes of sleep fell from my eyes, I discovered the answer. I will become a foreign correspondent.
I went straight to Google (I am giving Yahoo a rest pending the outcome of my job application with them) and typed in "I Want To Be A Foreign Correspondent". I was pointed towards a very useful Factsheet produced by the Overseas Press Club of America which provided a wealth of advice. It also brought the first potential problems. The essential requisites include a knowledge of foreign languages, copious quantities of energy, an adventurous spirit, and the ability to survive in hostile environments. Those who know me will already have spotted the potential flaw in the grand plan. I have no foreign languages (even my command of English can be iffy at times), I have as much energy as a drained Duracell, my spirit is so unadventurous that I once turned down the chance of training to be an accountant because it might be too much of a risk ...... and I am a natural-born coward. So another idea hits the dust?
Now just hold on a minute. I suddenly remembered what I had written down in my Yahoo application form. My special skill is finding innovative solutions to problems that have not yet been identified. If there was ever a time for an innovative solution, it was now. The innovative solution I eventually came up with was "if I can't go to become a foreign correspondent then the foreign correspondent role must come to me". After all foreign is a relative term. I could be a foreign correspondent based in Britain reporting for ... well for someone or other. All I needed to do now was to find the problem which hadn't yet been identified. Again, a flash of what can only be described as pure genius came my way.
The Bakersfield Californian does not have a foreign correspondent based in Britain. As far as I know it does not have a European correspondent or even a correspondent based outside the City limits. In an e-mail to the editor sent earlier today I identified their problem and provided them with my innovative solution. I would be their foreign correspondent. I even sent my first dispatch (I will not reprint it here for copyright reasons). What a scheme. What a man. As my mother used to say to me - "Alan, you are so sharp one day you will cut yourself".
at March 16, 2007