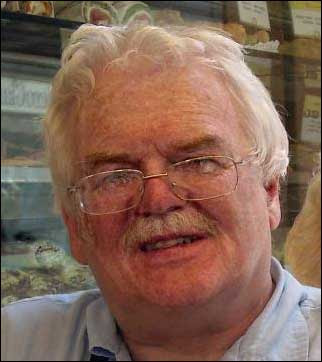 I was listening to a fascinating piece about life expectancy on my favourite radio programme (the BBC's More or Less) yesterday when a claim about escape velocity grabbed my attention. We are used to the concept of escape velocity in relation to space ships breaking free from the gravitational pull of the earth, but the phrase can also be used in other situations in which the scientific ground rules undergo a sea-change after passing a specific point of time. In an interview, Dr Aubrey de Grey, the Chief Scientific Officer of an organisation called Strategies for Engineered Negligible Senescence (SENS), applied the concept to human regenerative engineering. He puts forward the idea that technology is advancing at such a pace, in thirty or so years there will be enough technology around to keep the average person alive for another 30 years. During that 30 years enough technology will have been developed to keep you alive for a further 30 years ... and so on. Escape velocity will have been achieved. One might believe that you would then live for ever, but Dr de Grey suggests that non-age-related factors will still get you in the end (falling under a bus for example) but they won't see you off until you are, on average, a thousand years old. A quick calculation based on the fact that I am now 62 years old suggests that if everything goes according to plan I might still be around when escape velocity is reached and therefore I have a further 938 years to look forward to.
To find out what I might look like during the next 900 years or so of my life, I turned to University of St Andrews Face Transformation software. This wonderful piece of kit allows you to upload a photograph of yourself and then age it. I was quite impressed with the results, indeed the photograph I got back (see above) makes me look no older than a sprightly 368 year old.
at September 06, 2010