A Catalogue Of Disasters : From A Dog-Cart To A Bricklayer 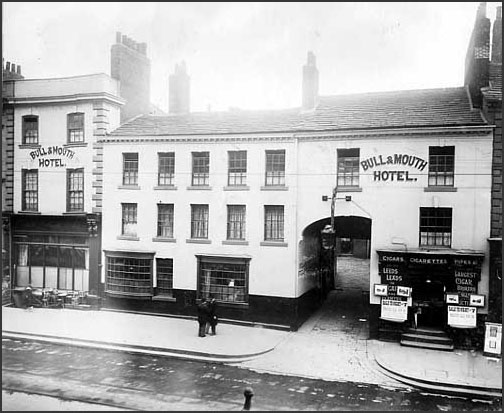 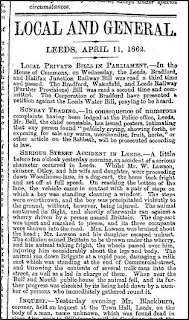 Every so often, I like digging through old newspapers and discovering what was making the news on this day in years gone by. Here is a report from the Leeds Mercury of the 11th April 1862 - 150 year ago today - concerning a catalogue of disasters that occurred on the streets of Leeds.


"SERIOUS STREET ACCIDENT IN LEEDS - A little before ten o'clock yesterday morning, an accident of a serious character occurred in Leeds. Whilst Mr. W. Lawson, skinner, Otley, and his wife and daughter, were proceeding down Woodhouse-lane, in a dog card, the horse took fright and set off at full speed. On reaching the bottom of the lane, the vehicle came in contact with a pair of steps on which a boy was standing cleaning a window. The steps were overthrown, and the boy was precipitated violently to the ground, without however being injured. The animal continued its flight, and shortly afterwards ran against a wherry driven by a person named Brittain. The dog-cart was upset and smashed to pieces and its three occupants where thrown into the road. Mrs Lawson was bruised about the head; Mr Lawson and his daughter escaped unhurt. The collision caused Brittain to be thrown under the wherry, and his animal taking fright, the wheels passed over him, injuring him considerably about the legs and body. The animal ran down Briggate at a rapid pace, damaging a milk cart which was standing at the end of Commercial-street and throwing the content of several milk cans into the street, as well as a lad in charge of them. When near the Bull and Mouth public-house the animal fell, and its further progress was checked by its being held down by a number of persons who immediately gathered around it."

Now I know that you shouldn't laugh, but it is difficult not to find grim amusement in this catalogue of disasters and perhaps I can be forgiven a chuckle or two after all these years. The story immediately put me in mind of the wonderful story of the bricklayer told by the artist and musician Gerard Huffnung in his speech to the Oxford Union in 1958. I am sure I have featured this speech before on News From Nowhere, but it is many years ago, and whilst there is a single person out there who hasn't heard it, it is worth repeating again and again.