Sepia Saturday 120 : I Used To Own A Little Library 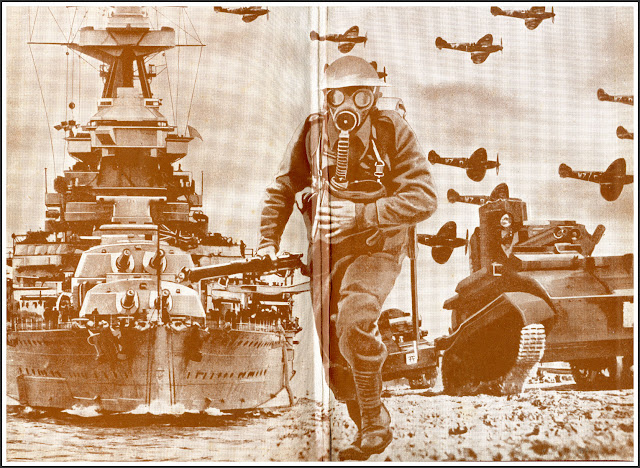 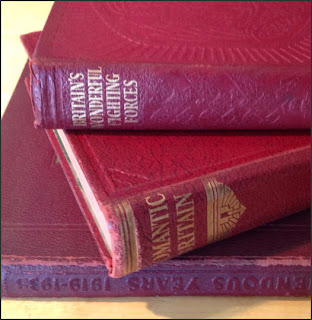 I used to own a little library. It was a small affair by the standards of the day, no more than a dozen books in total. The books came in rich thick cardboard bindings made to look like leather, and the titles were printed in in gold coloured ink. There was a small encyclopedia, a medical handbook, a guidebook called "Romantic Britain" and a splendid patriotic volume entitled "Britain's Wonderful Fighting Forces" by  Captain Ellison Hawkes R.A. which was published in the early months of 1940. Practically all of the books had been published by the Odhams Press which specialised in books and magazines for the working class.


My mother and father had acquired the books during the 1940s and for much of my youth they were exhibited like trophies in the display cabinet in the front room along with the coronation mug and the unopened miniature bottle of Advocaat. And I must have had a youthful desire to be a librarian because by the age of ten, I had acquired a date stamp and I had stuck little labels in the front of each of the books to record their loans. 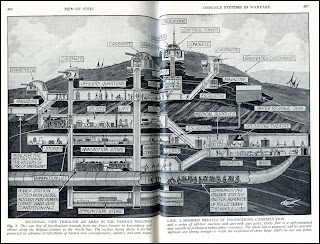 I still have two or three of the books, but none of them seem to have retained their labels. It is quite possible that my brother has the rest of the collection (he was never very good about returning his library books) and no doubt he will let me know before the weekend is out. But the ones I still have are historical gems telling of days when Britain thought it ruled the waves and that the Maginot Line would keep the Huns at bay.

As I write this post fifty or sixty years later I do so from my room which is coated with bookshelves. You will find no labels stuck inside the front covers and my date stamp ran out of ink decades ago. But I like to think that I still own a little library, a little oasis where I can read my books and gently fall asleep.

Due to an oversight by the Group Administrator, Sepia Saturday 120 had two themes - LIBRARY and SLEEP. You can find the other posts - whichever theme they may have chosen - by following the links on the Sepia Saturday Blog.
at April 05, 2012