Sepia Saturday 121 : One Of Theirs 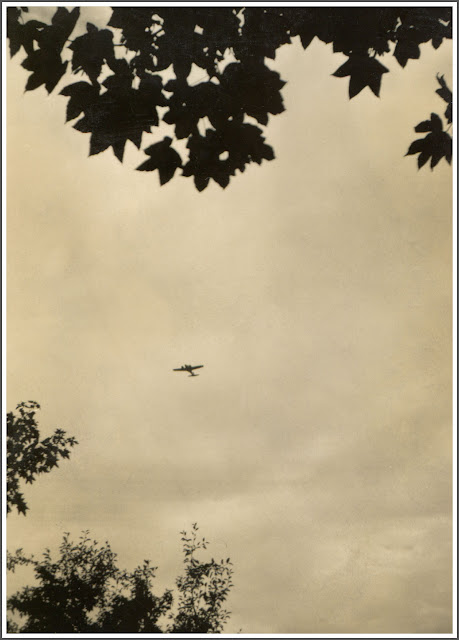 Our theme for Sepia Saturday this week is flight and it coincides with the 100th anniversary of the formation of the Royal Flying Corp. Looking through the old family photograph albums I couldn't find any photographs of family members boarding ancient biplanes or even shots of Auntie Miriam in a hot air balloon. Thinking about it, I have a feeling that I might have been the first member of my family to ever set foot in an aeroplane when I flew to Paris in 1973 (although, no doubt, my brother will write in to say that he beat me to it by five years!). 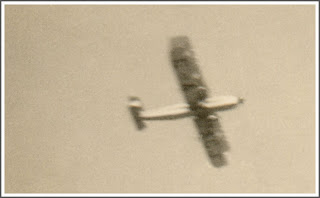 But I have found a photograph and it comes from one of the splendidly annotated albums of my Uncle Frank. It is precisely dated "Liverpool 1940" and the page is entitled "They Remind Us". There are two photographs of planes high in the sky. Under one it says "one of ours" and under the other "one of theirs". The large photograph shows "one of theirs" - I am featuring theirs not from any unpatriotic motive, it is just a better and sharper image - whilst the enlargement to the left shows "one of ours".  No doubt, there will be people who can tell me precisely what types of planes these are - back in Liverpool in 1940, Uncle Frank could obviously spot the difference between the outlines of the RAF and the Luftwaffe (I suppose back in those days it was a necessary and important skill).

So as we celebrate Sepia Saturday 121 and the anniversary of the Royal Flying Corp, let us be thankful that we no longer have to look nervously up into the sky to determine whether it is one of ours or one of theirs.

Take a flight over to the Sepia Saturday Blog to see what other departures to the world of old photographs are scheduled for this weekend.
at April 13, 2012