The Shock At The Rock 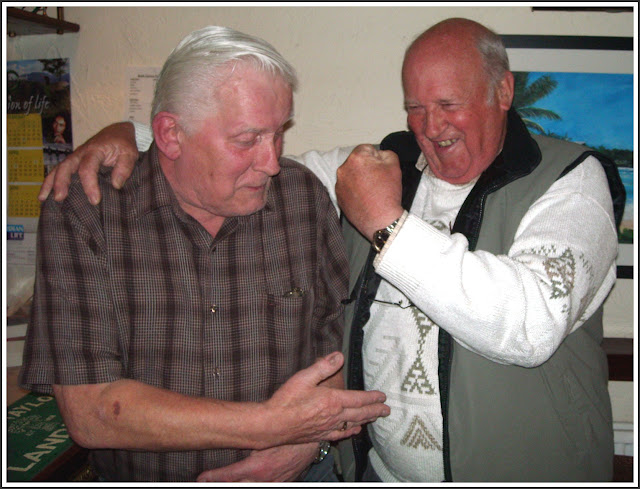 First there was the Rumble In The Jungle, then there was the Thriller In Manila, and last night it was The Shock At The Rock. Following months of exciting anticipation, the Rock Tavern, Upper Edge, Elland, last night witnessed the final weigh-in in the slimming contest between two stalwarts of the Darts and Dominoes team, Jack (left) and Dave (right). For weeks rumours had been circulating about the weight-loss techniques being used by the pair - was that Jack who had been seen almost living down in the steam room at Elland Baths, was Dave making use of tapeworms for more than just bait for his fishing? 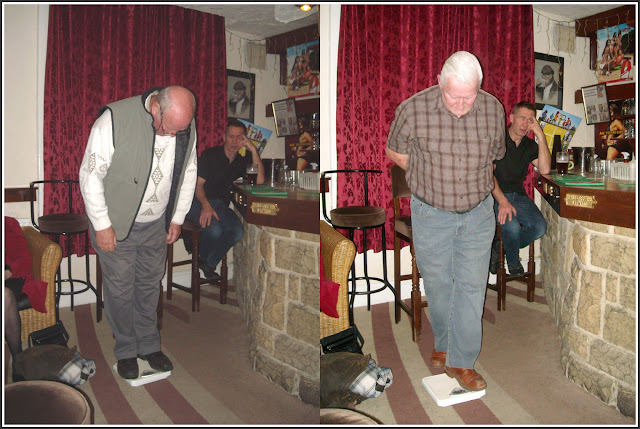 But last night the time for rumours and speculation was long gone; it was the tale of the tape, the story of the scales. The weights were recorded and compared to the measurements taken at the beginning of January, and the winner was announced to popular acclamation : Jack with a wight loss of eleven pounds had trounced Dave who had only managed a loss of two and a half pounds. 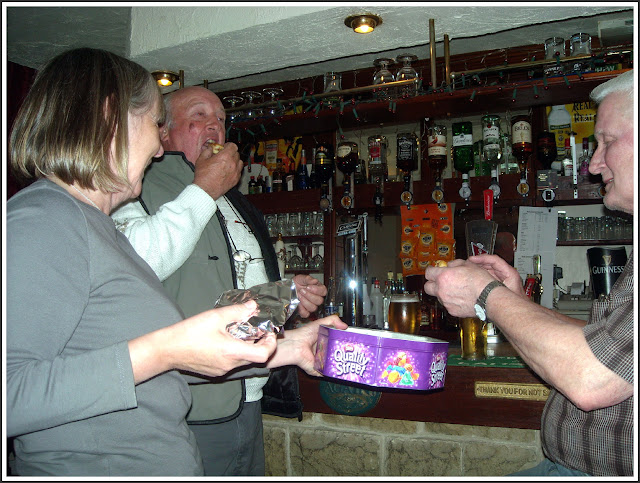 In the best pugilistic traditions, the end of the contest was marked by the drinking of many pints of beer by contestants and audience alike and the serving of sausage rolls and home made Morrocan spiced lamb sausage by Sue. Readers of my Sepia Saturday post might like to note the recycled Quality Street tin.
at April 03, 2012