Sepia Saturday 167 : The Burden Of Foresight 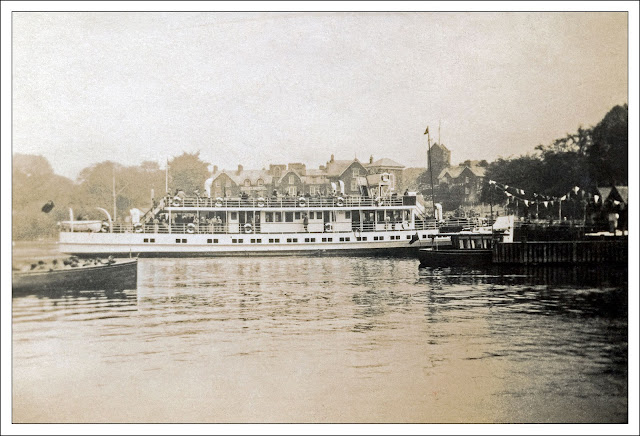 As Europe lumbered towards war and near oblivion, Albert and Gladys - and millions like them - would crowd on board pleasure steamers and saunter along piers in the summer sun. Within a few short years, the pleasure boats became warships and the waterside piers became boarding points for an endless procession of troops. The 1930s were a strange, odd decade : a sentence brought to a premature end without a pleasing metaphor. As my father snapped that peaceful Lakeland scene did he know what the years ahead would hold in store for him and his friends? Of course not: foresight can often be a burdensome thing.