Back in December 2007 I wrote a News From Nowhere post called Sunny Bunces. Most of my current followers won't have even been alive back then, so I am repeating it again - but with a new update. 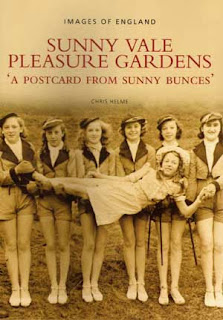 Sunny Vale Pleasure Gardens - known by one and all as "Sunny Bunces" after the founder of the gardens, Joseph Bunces - was located in a valley just outside Lightcliffe, midway between Halifax and Brighouse. It was one of those "inland resorts" which blossomed all over the north of England in late Victorian and Edwardian times. With the coming of charabancs and trams and half-day holidays from the mills, such "pleasure gardens" became the destination of hundreds of Sunday School Treats and Friendly Society Trips. And Sunny Vale liked to think of itself as the finest of them all, it liked to market itself as "the playground of the north".

The book is a pleasure to read. It is in not "heavy" in any way. It does not attempt to tell a chronological story or provide a sociological analysis of the rise and fall of Pleasure Gardens. It is nothing more than a collection of photographs and reminiscences strung together with a light text : a series of amusements and diversions, a bit like Sunny Vale itself.

Sunny Vale just managed to survive the Second World War but even in the thirties it was spinning into decline, replaced in people's affections by Blackpool and Bridlington. In 1947 the park was sold and in the mid-fifties the various rides and attractions were auctioned off. By the early sixties it had become a site for go-kart racing and stock car racing but that didn't last long either. By the late 1960s much of the grounds were overgrown and forgotten. It was at this time that I took my photograph. It was of what remained of the smaller of the two lakes - the Victoria Lake - strewn with rubbish. I would show it to you but, as I say, I can't find it. Somewhere in my garage or attic it lies lost and forgotten. A bit like Sunny Bunces.

Five years on I am glad to say that I have found the picture. So what better excuse can I have for re-posting an old piece and featuring a new photograph. 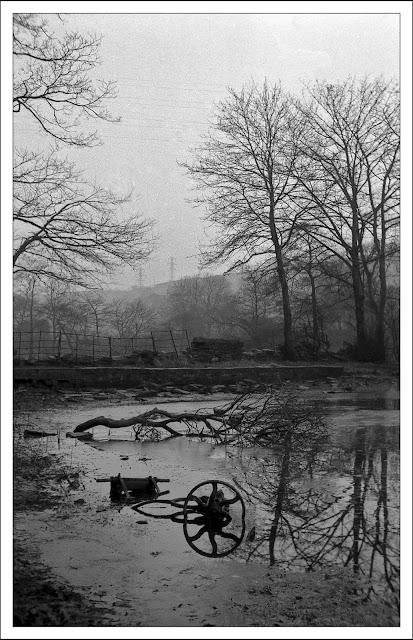