Feast And Famine And The Age Of Social Sterility 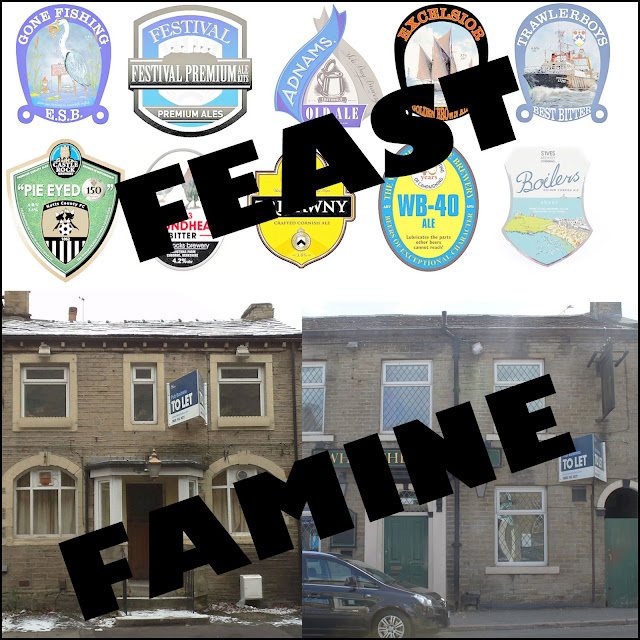 The world of beer and brewing is going through odd times : times. on the one hand, of feast, and on the other, of famine. I am mainly talking about Britain, but I wouldn't be surprised if the changes don't extend to a number of other beer drinking countries as well.

First we have the feast : and the feast currently on offer to the discerning beer drinker is the sheer number of different ales and lagers available to them. The last ten years has seen an explosion in the number of microbreweries producing and supplying a glittering selection of real ales - on draught and in bottles - to thirsty drinkers. Not since the seventeenth century, when each individual pub would brew its own beer, has there been such a bewildering selection available : pale ales, golden ales, bright beers, dark beers, hoppy and mellow, light ales and heavy ales. The variety - and in the vast majority of cases - the high quality of these products make sampling a delight and raises beer drinking well above the status of thirst quenching.

But then we have the famine : and that is the developing famine of pleasant places to drink this golden array of brewed delicacies. Yes, yet again, I am moaning on about the decline of the British pub. During a depressing drive from Hebden Bridge to Halifax the other week I think I counted more closed pubs en route (and by closed I mean permanently closed) than open ones.

It would appear that if we are entering a new age of the super-abundance of different types of real beer we are also entering an age in which we will drink them in the social sterility of our own homes. Which, to me, is a great shame.
at May 15, 2013