Marking The Passage Of Time In Grimsby 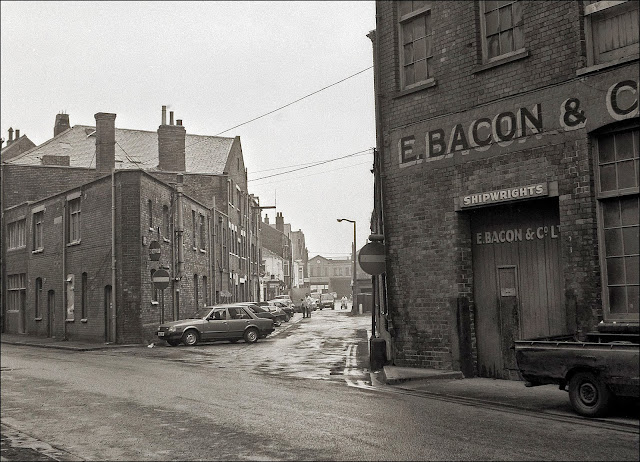 We have this system on the NHS where you can choose which surgeon in which hospital you want to carry out any elective surgery you are having (and, yes, people in America, you don't have to pay!). For my finger surgery, I finished up going to Grimsby and Scunthorpe, where, for me, the best surgeon offering the best treatment was working. It is years since I've been to Grimsby and it was just a shame that I didn't have time to wonder around the fish docks there. At an earlier stage of my life I used to go there often, to walk the atmospheric streets, soak up the unmistakable aroma of fresh fish, and dodge the great ice-filled carts of fish heads and tails being pushed around by off-white coated workers. For some reason I gravitated there on birthdays and in the 1980s I marked the passage of time on the cobbled streets of the town. As I walked I would sometimes sing Jacques Brel to myself, those magnificent lyrics from his song Amsterdam.

In the port of Amsterdam
Where the sailors all meet
There's a sailor who eats
Only fishheads and tails
He will show you his teeth
That have rotted too soon
That can swallow the moon
That can haul up the sails.

The words are not enough, you need the music as well: the speeding, stormy, tempestuous music. Here is Scott Walkers' brilliant interpretation.