The Confessions Of A Calculating Team Player 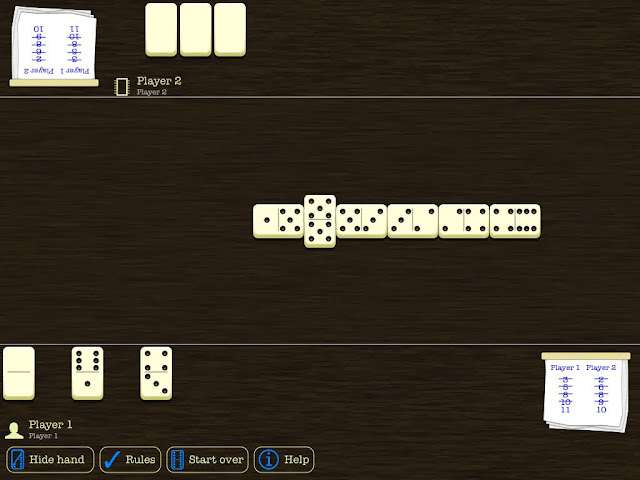 I've never been much of a team player. Not through want of trying - I favour the all-for-one and one-for-all ethos as much as the next cog in the wheel - it's just that I have rarely been picked for a team. I have always been one of the left-overs, the sad collection of less than perfect specimens left after the two team captains have selected their teams: destined to see service amongst those who only stand and wait, or run the touch line, or go off on a lone cross country walk.


In all my 65 years I have only ever been a member of four teams. For the first three, my participation was limited to only one game and my most recent run as a team player - as part of the Rock Tavern Domino Team - looks fated to follow a similar trajectory.

My sad record started when I was picked for my Junior School football team and was placed in goals as it didn't look like I could run far. We lost the match 10-0 and my services were never called on again for any team throughout my school career. During my teenage years I abandoned the physical arena in favour of the intellectual one and joined Halifax Chess Club. After a few weeks I was asked if I would be prepared to play in the team and I enthusiastically agreed. My disappointment at been allocated to the lowest "board" was more than made up by discovering that we were playing the Polish team, and I was rather proud of making an international fixture on my first outing. I later discovered that we were playing the Halifax Polish Ex-Serviceman's Club and my game was against the barman. Despite the fact that he had to keep breaking off from the match to pull pints, he still managed to defeat me in 12 moves. As with the football, my services were never called upon again.

During my time as a college lecturer in Doncaster, I was once asked to turn out for the staff team in a staff versus student hockey match. The fixture took place on a very foggy day on the playing fields just behind the college. During the first half I managed to avoid contact with either the ball (which was rather hard) or any of the opposing players (who has scores to settle with regards the marking of a recent economics essay). During the second half the fog came down even more and I wandered around on the wing isolated not only from the rest of the team, but also from the rest of humanity. It was only much, much later that someone had the decency to come out in search of me to let me know the match had been abandoned at half time. As with football, as with chess, I was never called upon again.

My latest manifestation of a team player has been as a member of the Rock Tavern Domino Team (the Manchester United of the Brighouse Pubs and Clubs Domino League). Due to holiday absences, the call went out last week and I responded. And it was a George Best of a performance, a Robin Van Persie of an inauguration. I won my two matches by a substantial margin and looked set to wipe out my sad history as a team player. With the confidence of a Suffolk Punch carthorse, last night I turned out for my second game - against Thornhill Working Men's Club. I lost both at straight dominos and at 5s and 3s. I fear my days in the team are numbered due to my inability to calculate the divisibility of the total number of visible pips by both five and three, I have managed to find an iPad App to improve my performance, but I fear it might already be too late. As with the football, the chess, and the hockey, I fear that I will never be called upon again.
at October 01, 2013