The Light Of Flyover, Day And Scanner 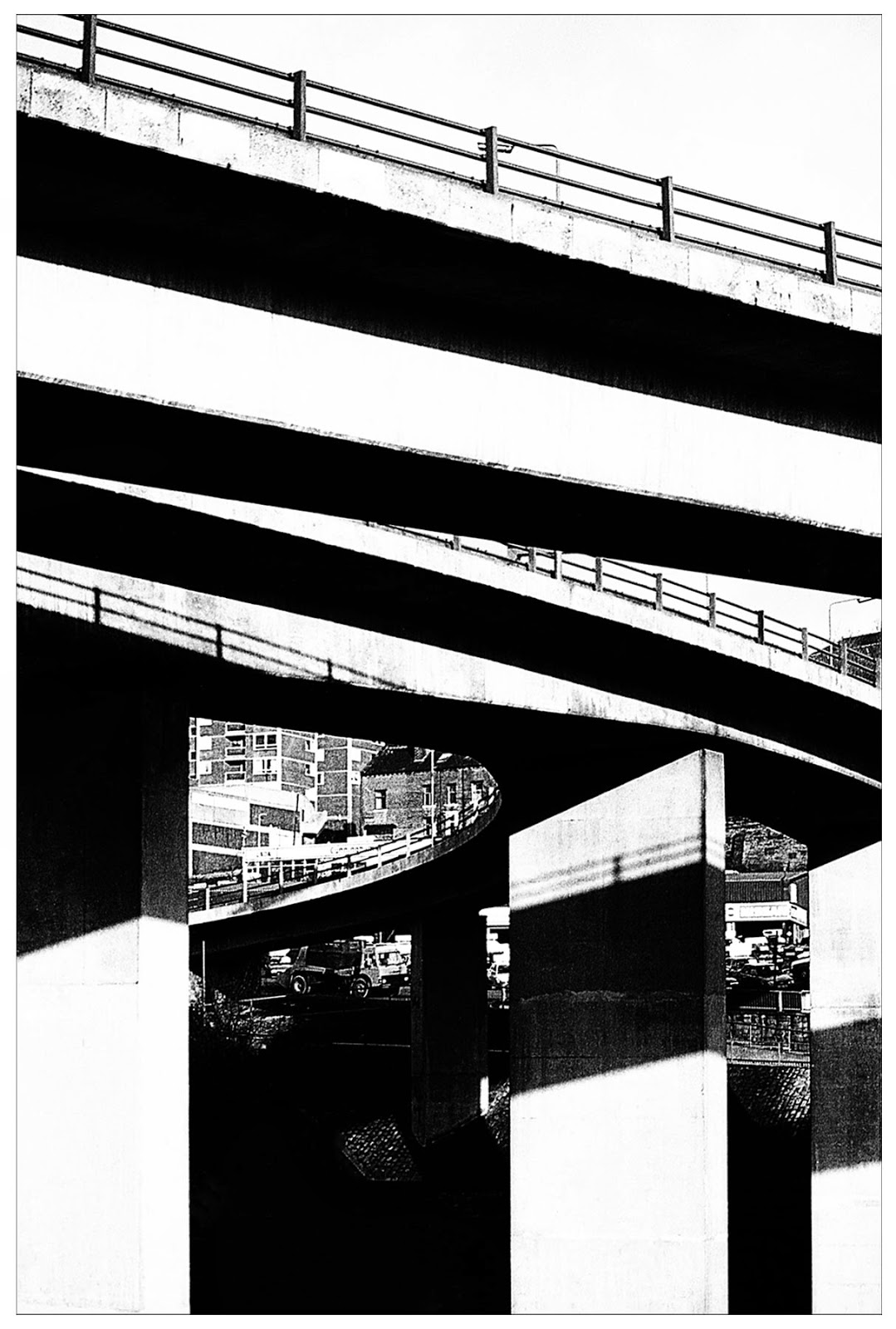 A picture I took back in the 1980s of the Burdock Way Flyover in Halifax. I don't think I ever printed the negative at the time - I was probably waiting, as we moved between several houses, for somewhere to set up my enlarger. When we moved into our current house in the mid 1990s there was a dark passage perfect for the task and I moved the enlarger in. But it never got used - by then it was all colour photography and later still it was the start of the digital era. And so the enlarger gathered dust along with a few strips of unprinted negatives, gradually become surrounded and buried by boxes of the detritus of life. That is until that same dark passage got cleared out last week - and the negative strip saw both the light of day and then the light of my scanner. Although I say it myself, I think the image was worth waiting for.
at March 18, 2014