Keeping Out Of Mischief With A Jubile Cigarillo 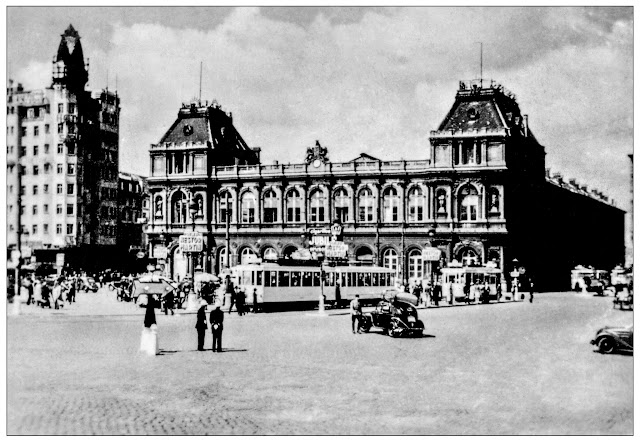 My summer paper trail has led me into some strange places - indeed I must confess that I have no idea where I am today. Using random images as prompts for blog posts has always been one of my favourite games - and the generator for the random images has usually been odd old family photographs and vintage picture postcards. The other day, however, I bought on eBay a job lot of old photographs with no common theme nor known origin. They were sold by weight rather than quality and the lot seems to be made up of everything from late twentieth century colour photographs to old black and white prints of the 1920s and 30s. It is the fact that I don't know who took the pictures, when they were taken or indeed where they were taken which makes sorting through this box of old images quite fascinating.

The picture above is a scan of a tiny one by one and a half inch bromide print which seems to have been taken in the 1940s. It certainly isn't England, but I do get a feel that it might be continental Europe. The building looks like a railway station and it is just possible to make out signs for what looks like "Restor Martin" and "Jubile Cigarillos". Jubile was, I believe, a French manufacturer of tobacco products so that can be my starting point for my on-line search. Whatever the outcome may be, it will keep me out of mischief for an hour or two.
at August 04, 2015