Copies May Be Had 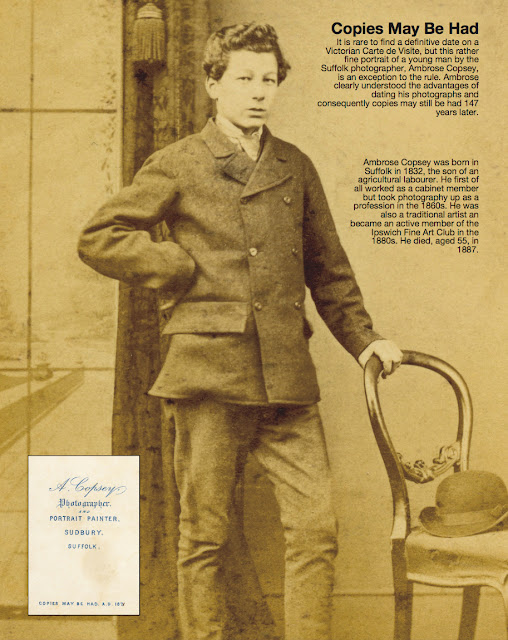 It is rare to find a definitive date on a Victorian Carte de Visite, but this rather fine portrait of a young man by the Suffolk photographer, Ambrose Copsey, is an exception to the rule. Ambrose clearly understood the advantages of dating his photographs and consequently copies may still be had 147 years later.

Ambrose Copsey was born in Suffolk in 1832, the son of an agricultural labourer. He first of all worked as a cabinet member but took photography up as a profession in the 1860s. He was also a traditional artist an became an active member of the Ipswich Fine Art Club in the 1880s. He died, aged 55, in 1887.
at January 17, 2018