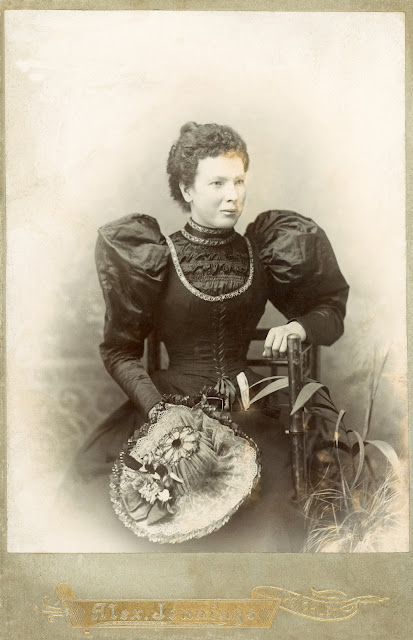 
This picture of my grandmother, Catherine "Kate" Kellam, must  have been taken in 1901 or 1902. At the time of the 1901 census she was living in Middlesborough, working as a waitress in a coffee house. By April 1903 she had settled in Keighley and married my grandfather, Albert Beanland. As far as I can discover she moved to Keighley in the latter part of 1901 or 1902 and became a waitress in a local hotel. The portrait must date from this period - and the black formality of her clothing was probably influenced by the death of Queen Victoria in 1901.
at January 15, 2018