The Busy Beaches Of Blackpool 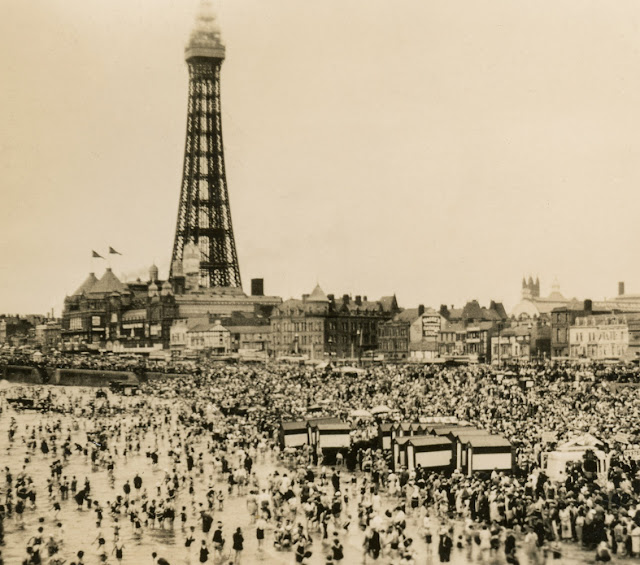 There are some old photographs which just capture your interest, pull you into them, make you marvel at them. They don't need to be technically good - these two old prints from the camera of my Uncle Frank are anything but - they just need to be dripping with social history. Most people will recognise the location - it is, of course, Blackpool. But when was the sea so full, when were the beaches so crowded?


As it is one of Uncle Frank's photos, I am able to give a definitive answer, because Frank Fieldhouse was a great captioner. The photographs were taken on Bank Holiday Monday in 1940. August 1940 was, of course, right at the height of the Battle of Britain, when British cities were being bombed and the war was at its most critical phase. Thousands, however, obviously found the need to flock to the Lancashire seaside in order to indulge in the age-old British pleasure of paddling in the sea. 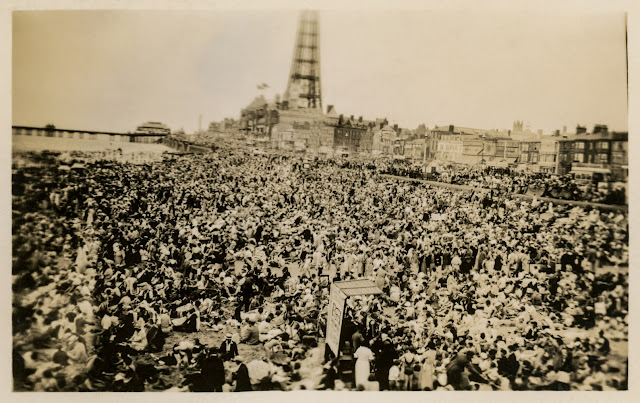 The second of the two small prints concentrates on the beach - a beach upon which it would have been impossible to swing even a skinny cat.  When you survey all these people enjoying a rare day out, you can't help but wonder what dangers they were bound to face in the weeks, months and years ahead. 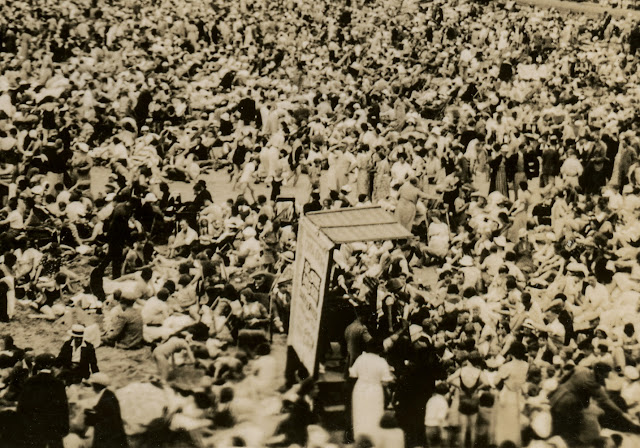 Whilst the newspapers of the day were full of dire warnings of the dangers from the air, from invasion, and from shortages caused by the sinking of British shipping, sadly it was a far more prosaic danger which was to face a dozen of these trippers to Blackpool on this particular Bank Holiday Monday. As the Lancashire Daily Post reported the next day, twelve people died in a coach crash as they made their way home from a Bank Holiday trip to Blackpool. 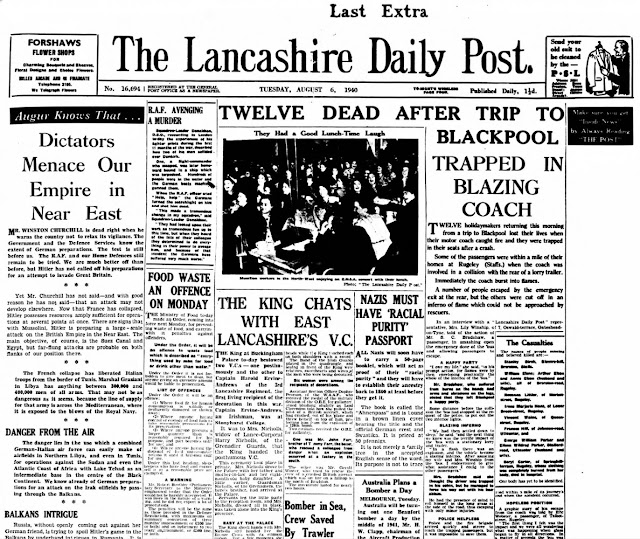