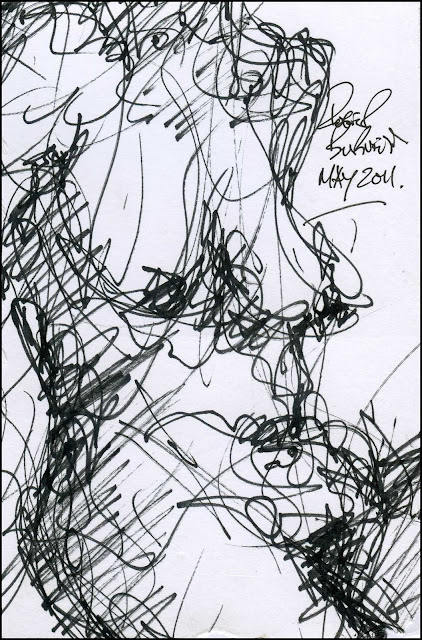 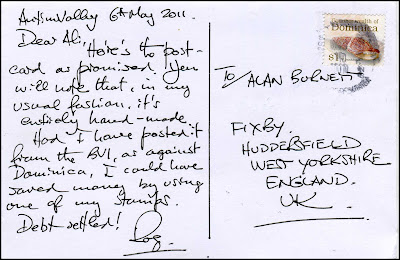 My "Gentle Twitter" postcard this week is rather special. Last month, my brother Roger who lives on the Caribbean island of Dominica, needed a replacement battery for his camera. I bought the battery and rather than asking for an international money transfer in payment from him, I simply asked for a postcard. The postcard had to be hand-drawn by him, of course : Roger and I often refer to these arrangements as "Theo Moments" after the way Van Gogh would reward his brother Theo. The reference Roger makes to the BVI stamps refers to that period of his career when he provided the artwork for a series of British Virgin Islands postage stamps. There his more about Roger and his work over on his blog - Sculpture Studio. His card will go into my growing collection and it will be one that can quite truthfully be described as "unique".
at May 31, 2011