It looks like Blogger is back, but for how long - who knows? So before it has chance to fly away, here is my contribution to Sepia Saturday 74 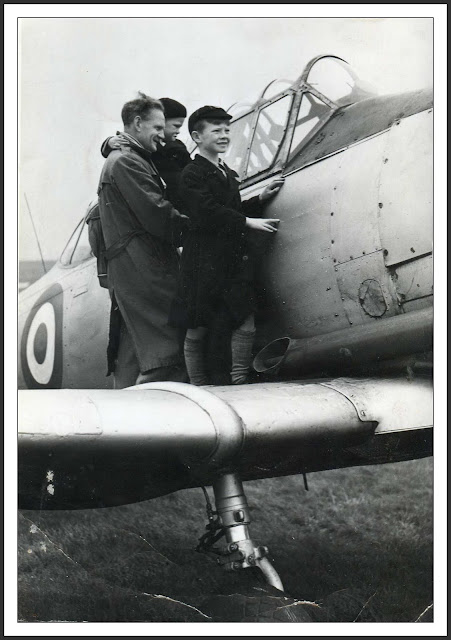 This picture has the look of a posed newspaper picture about it - and that is because it is. The photograph shows my father, me in his arms, and my brother Roger. It must have been taken in 1950 or 1951 and I was told that it appeared in the Yorkshire Post which is our regional newspaper here in Yorkshire. It was taken at Yeadon Airfield which, many decades later, reinvented itself as Leeds Bradford International Airport. There will (hopefully) be people out there who can tell me what kind of plane we are inspecting : some World War II fighter plane no doubt. 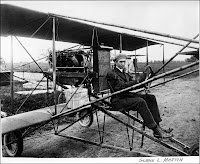 The photo is in keeping with the Sepia Theme this week which is, possibly, air travel. It could also be newspapers, contraptions, madness, silly hats or bits of cardboard held together with pieces of string - Sepia Themes are like that. But those early planes managed to fly considerable distances with surprising success, even if they looked so flimsy and accident prone. Let us hope that the same can be said of good old Blogger.
If Blogger is still working when you read this, you can find other contributors to Sepia Saturday 74 by flying on over to the Sepia Saturday Blog.
at May 13, 2011