A Triumphal Celebration of Nostalgia 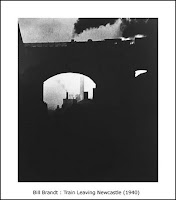 I was in the process of commenting on a post the other day when I went in search of a YouTube clip to illustrate the point I was making (a somewhat spurious contention about the direction of growth of various types of plants and vines). Having found the clip I wanted, I rewarded myself with a rummage in the "Related Items" collection and found an excellent interpretation of one of my very favourite Flanders and Swann songs, "Slow Train". Michael Flanders and Donald Swann wrote and performed the song back in the 1960s and although the events it recorded (the closure of almost 50% of the small railway stations in Britain following the Beeching Report on the future of the railway network) are now long gone, the song remains as a triumphal celebration of nostalgia. To illustrate the cultural loss resulting from the Beeching Axe, Flanders and Swann merely strung together a list of the names of just a few of the 3,000 small stations and halts that were closed during the 1960s. The result is musical poetry at its best.

The Beeching cuts hit all parts of the country. Both rural and urban lines were decimated and by the end of the decade a quarter of the railway millage and a half of all stations had been cleaved from the system. Here in West Yorkshire, many of the small stations and desultory branch lines of my youth vanished almost overnight. One of the more bizarre cases was the fate of the station at Cleckheaton, just down the valley from where I live. It was stolen. Following the closures, British Rail issued contracts for the demolition of the buildings, the clearance of the sites, and the sale of the recovered material. When the appointed contractor turned up at Cleckheaton Station he found the entire station - every stone, wooden fence, metal frame, and tin signpost - had already been dismantled and removed. Eventually the person who had dismantled the station was apprehended and taken to trial (the only case in British legal history concerning the theft of a railway station). They were later acquitted as the court accepted their defense that they had been following the orders of what they thought was the legally appointed contractor. The company that masterminded the plan was never identified, and the station was never recovered.

You might want to bear this story in mind as you watch the video, or you may want to just look at the lovely old photographs of steam trains and sooty cuttings. In either case, I hope you enjoy it.

THE MACHINIST'S WIFE : Take a look at the entertaining and original blog that prompted the comment that resulted in the post.

LIVERPOOL OVERHEAD RAILWAY : From the News From Nowhere Archives, a brief trip to the Liverpool Overhead Railway.