Do Pigeons Fly Faster When Fed On Brown Bread And Butter? 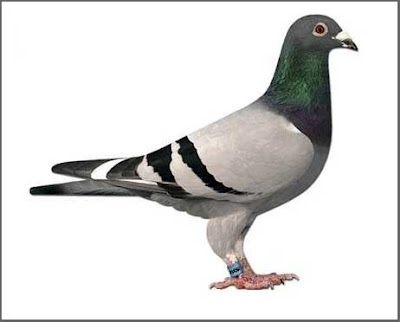 Most people did very well with my little quiz of a couple of days ago, but the two questions that caused most problems were the ones relating to the sporting animal and the Oslo diet.. The first question asked you to name the sporting animal which could be traced back to a Smerle, a Horseman and a Dragoon. The answer of course - he writes with a clarity that is 50% due to hindsight and 50% due to double-checking the hindsight on Wikipedia - is a racing pigeon. The modern racing pigeon is a result of the selective cross-breeding of a number of pigeon breeds, principally the Smerle, the Horseman and the Dragoon. 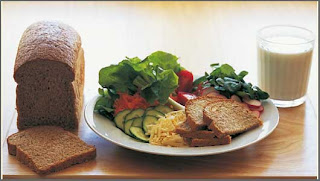 And how do you get pigeons to fly so fast? The answer is to feed them a good diet, but perhaps not the Oslo diet which was the basis of the second question that gave most people - including myself - some difficulty. The so-called "Oslo Diet" or "Oslo Meal" was introduced in Britain during World War II as a means of improving the health of children during wartime rationing and food shortages. It's four components were : salad, cheese, brown bread and butter and a glass of milk. It was described as being easily prepared and rich in essential vitamins, and is widely reported as resulting in a significant improvement in the health of the children concerned.
Of course there should always be a health warning printed on any diet. There are few areas of life that attract so much pseudo-science and unsubstantiated gibberish as the potential impact of what we eat on our physical and mental well-being. The improvement in health of wartime children that is usually associated with the Oslo diet is more likely to be associated with the fact that the state took on responsibility for feeding children in an era when many young children were seriously under-nourished. Modern nutritionists would probably look at the components of the Oslo diet and protest at the strong reliance on saturated fats, but what do modern nutritionists with their fixation with "junk food" know about anything. What is needed, of course is a robust controlled experiment. Take two groups of racing pigeons, feed one salad, cheese and brown bread and butter and feed the other with a Big Mac and fries. Then see who can fly faster. And whilst we wait for the results, I will stick with my well-tried and tested BBC diet.
In case you missed them, the answers to the other questions were :
1. Which star of Mary Poppins and The Sound of Music celebrates her 75th birthday today? (Dame Julie Andrews)
2. The origins of which sporting animal can be traced back to a Smerle, a Dragoon, and a Horseman? (A Racing Pigeon)
3. How many standard bottles of champagne are the equivalent of a Jeroboam? (4)
4. Which two NATO phonetic letters can be combined to give the title of a Shakespeare play? R (Romeo) and J (Juliette)
5. In advertising what were made "to make your mouth water"? (Opel Fruits)
6. Where is the 2010 Ryder Cup being held? (Celtic Manor, Wales)
7. Which sculptor was responsible for the Angel of the North statue? (Anthony Gormley)
8. Which cheese shares its name with a gorge? (Cheddar)
9. What were the four components of the wartime OSLO diet for children? (Salad, Brown bread and butter, Cheese, and Milk)
10. What is the main ingredient of Borscht? Beetroot
11. Who wrote the book "The Road To Wigan Pier"? (George Orwell)
12. On this day in which year did the first ever Ford Model T go on sale? (1908)
13. Which lake forms part of the border between Peru and Bolivia? (Lake Titicaca)
And as for my BBC Diet : Bread, Beer and Chips of course.
at October 06, 2010