Sepia Saturday : A Vicarious Brush With The Ordinary 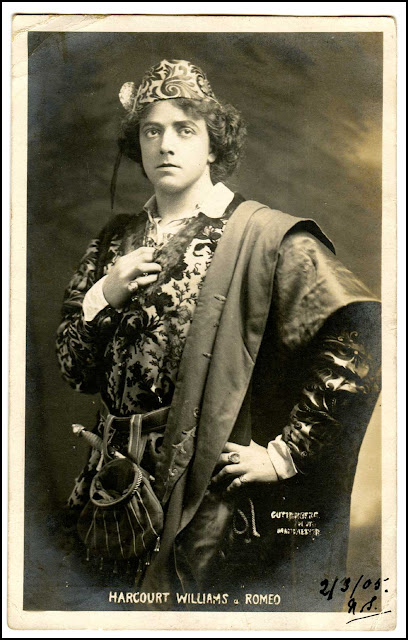 Ernest George Harcourt Williams (1880-1957) was a British actor and producer famous for his interpretations of Shakespeare. He first appeared on stage in 1900 as a member of the Frank Benson Theatre Company and later in his career he became a producer at the London Old Vic Theatre. Towards the end of his life he made himself quite a name as a film actor appearing in films such as the 1944 Olivier version of Henry V, Brighton Rock, Roman Holiday and Around The World in 80 Days. 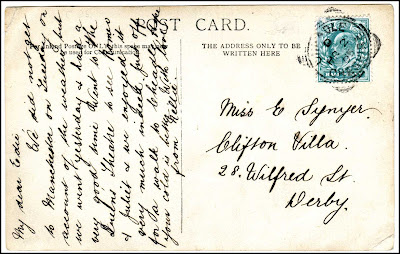 But my vicarious brush with Harcourt Williams occurred many years earlier and came via Edith Synyer's friend, Nellie. Nellie was on holiday in Cheadle, just south of Manchester. One day Nellie took a trip into the city to the Queen's Theatre to see Harcourt Williams in Romeo and Juliet and was obviously so impressed with his performance that she bought a picture postcard of him and sent it to Edith.
It is not the most exciting story in the world : it is quite ordinary. But the real beauty of old postcards and old photographs is the insight they give us into the ordinary : an ordinary which is so often hidden by the glare of all those important historical events.
See the ordinary made extraordinary in Sepia Saturday posts from all over the world by following the links on the Sepia Saturday Blog.