Sepia Saturday 117 : A Life Within A Century 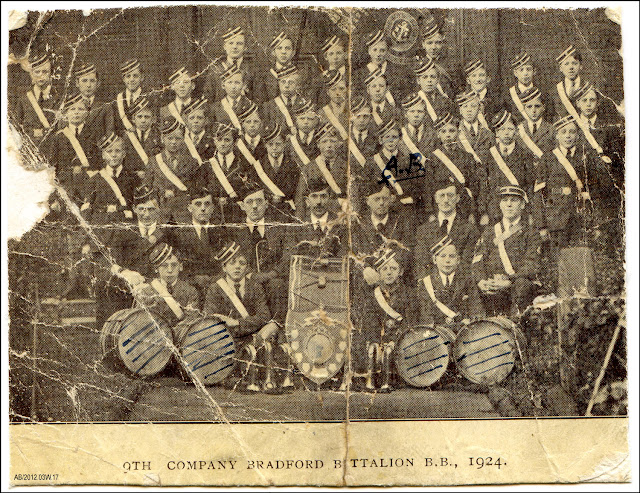 Our Sepia Saturday theme this week is scouts but the ever-kind Sepia Saturday administrator has allowed us to widen the theme to incorporate other youth groups. This allows me to feature this 1924 photograph of the 9th Company, Bradford Battalion of the Boys Brigade. The Boys Brigade (BB) was - and indeed still is - an interdenominational Christian youth organisation which has a history that goes back further than the more widely known Boy Scout movement.


The photograph must have been taken from a newspaper or magazine and at some stage my father has conveniently pinpointed himself (just as well as many of the young lads look just the same to me). My father (AB = Albert Burnett) would have been 13 at the time and if I look very carefully I suspect I can recognise him. 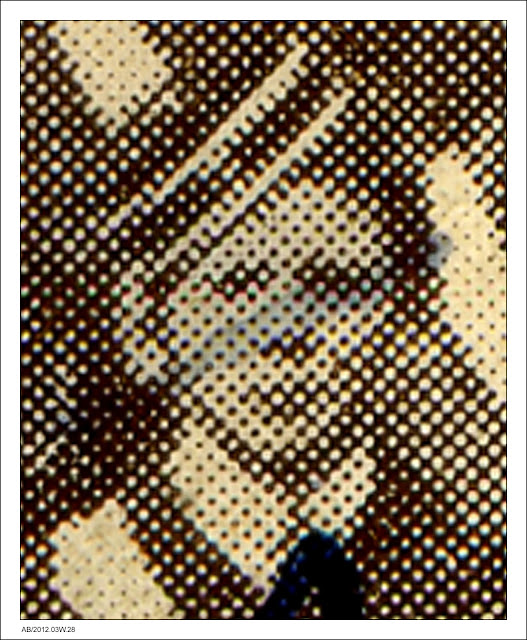 If I try and enlarge the photograph I finish up with a completely different, heavily pixillated image which Andy Warhol would have been proud of. Within it I can still see my father, gazing out of a pattern of two or three hundred individual ink spots. It's a picture within a picture, a life within a century.