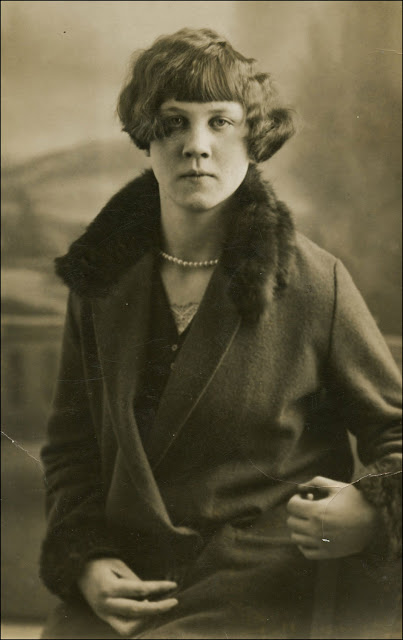 Our Sepia Saturday theme image this week is entitled "Group Portrait Of An Unknown Family" and we are therefore celebrating the "unknowns" in my photographic collection. Anyone who collects old family photographs will have a significant category tagged as "unknown" : photographs that could possibly be of Auntie Florrie as a young girl, or that woman from the Winding Shed that Uncle Wilf once had a passion for, or Elspeth's cousin from Crewe, or Herbert Sidebottom during his "difficult" period. There is always something intriguing about these "unknowns", a fascination based not on who they are but on who they might be. 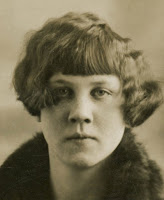 And if our imagination needs any encouragement in its search for an answer to that "who could that have been?" question, we can always turn to facial recognition. There are several free, on-line systems that can be used and one of the easiest is Google Image Search. Once you get to the Google Image Search page, simply press the little camera icon and then upload the relative you would like to recognise. I did this with my unknown lady of the 1920s and, low and behold, it turns out to be none other than the silent film star Dorothy Sebastian. Auntie Dorothy, as I now like to call her, will be remembered as a star of several silent films including "Our Dancing Daughters'" and "Our Blushing Brides". She never really made it into the talkies era and I suspect that might have been because of her thick Bradford accent (I know Wikipedia says she was born in Alabama and lived in New York, but you know how unreliable Wiki can be). 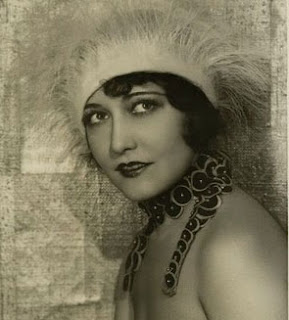 Auntie Dotty eventually married William Boyd who you will remember as he was the actor who played Hopalong Cassidy in the films in the 1930s. Auntie Dotty and Uncle Willie sadly divorced after a few years, but it happens in the best of families doesn't it?

The big surprise in all this is that there have been no family stories passed down about these famous relatives of mine. Just that old crumpled photograph hidden away in a shoe box. Untitled and Unknown. How lucky I am that facial recognition is now so effective that I could track long-lost Auntie Dorothy down (having rejected the other possible Google matches which I have to confess included a mug-shot of a criminal in the Texas prison system, a copy-typist from Bogota, and an alabaster statue on a fountain in Brussels).

Get to know other unknowns by going to the Sepia Saturday Blog and following the links you will find there.
at February 23, 2013