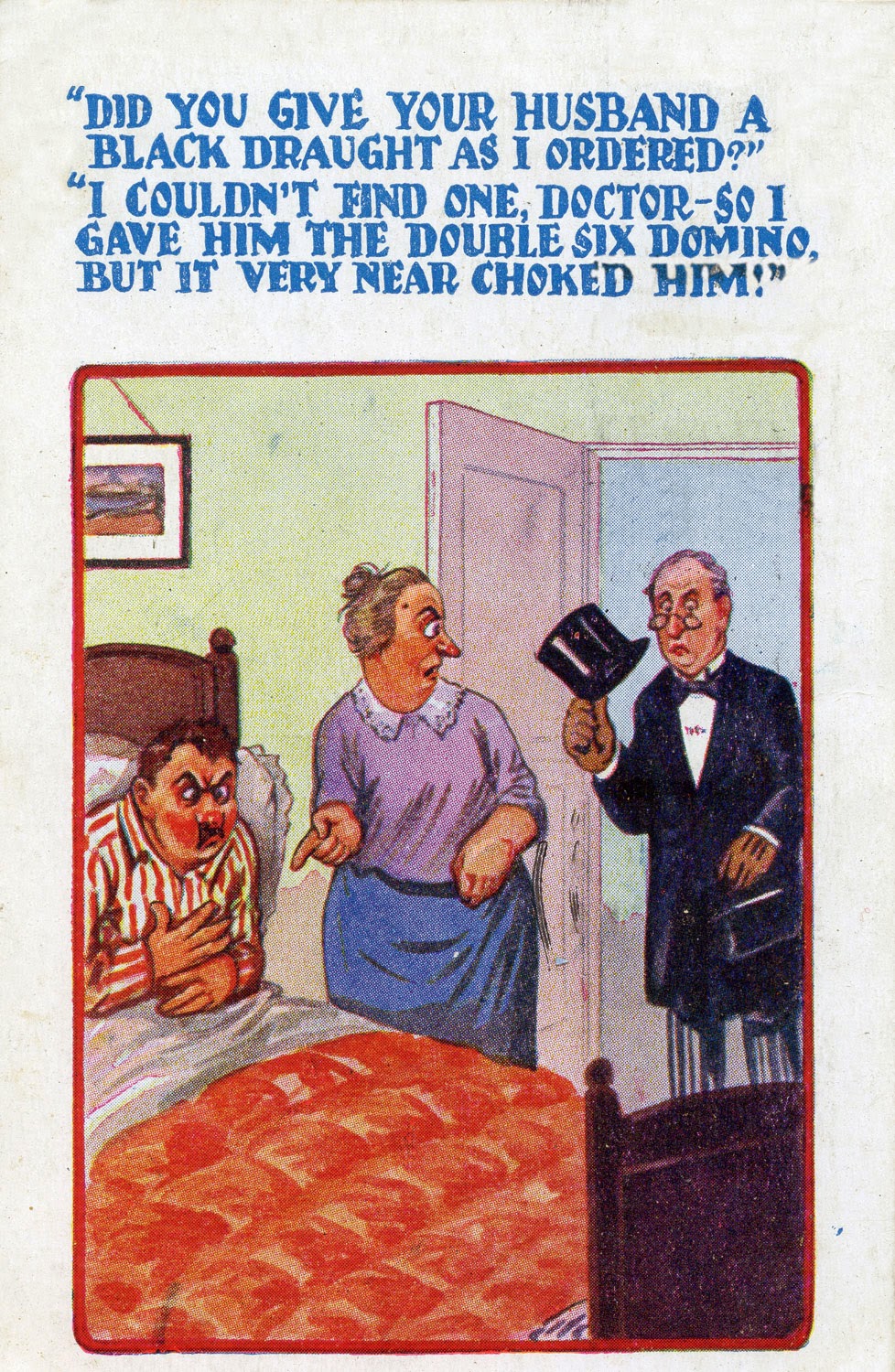 I have always steered clear of pills and potions, boasting that I could play pill poker with most people of my age and win. But over the last few days I have been popping antibiotics like an addict - after developing a nasty eye infection. Eye drops and eye sprays worked for a while, but then the infection came back again with a vengeance. For days on end it felt like I had a half a plank - or a double six domino - stuck in my eye which was swollen, bloodshot and rather nasty. Eventually the medics called in the antibiotic cavalry and today, for the first time, it feels a little better. Hopefully, the tide has turned. 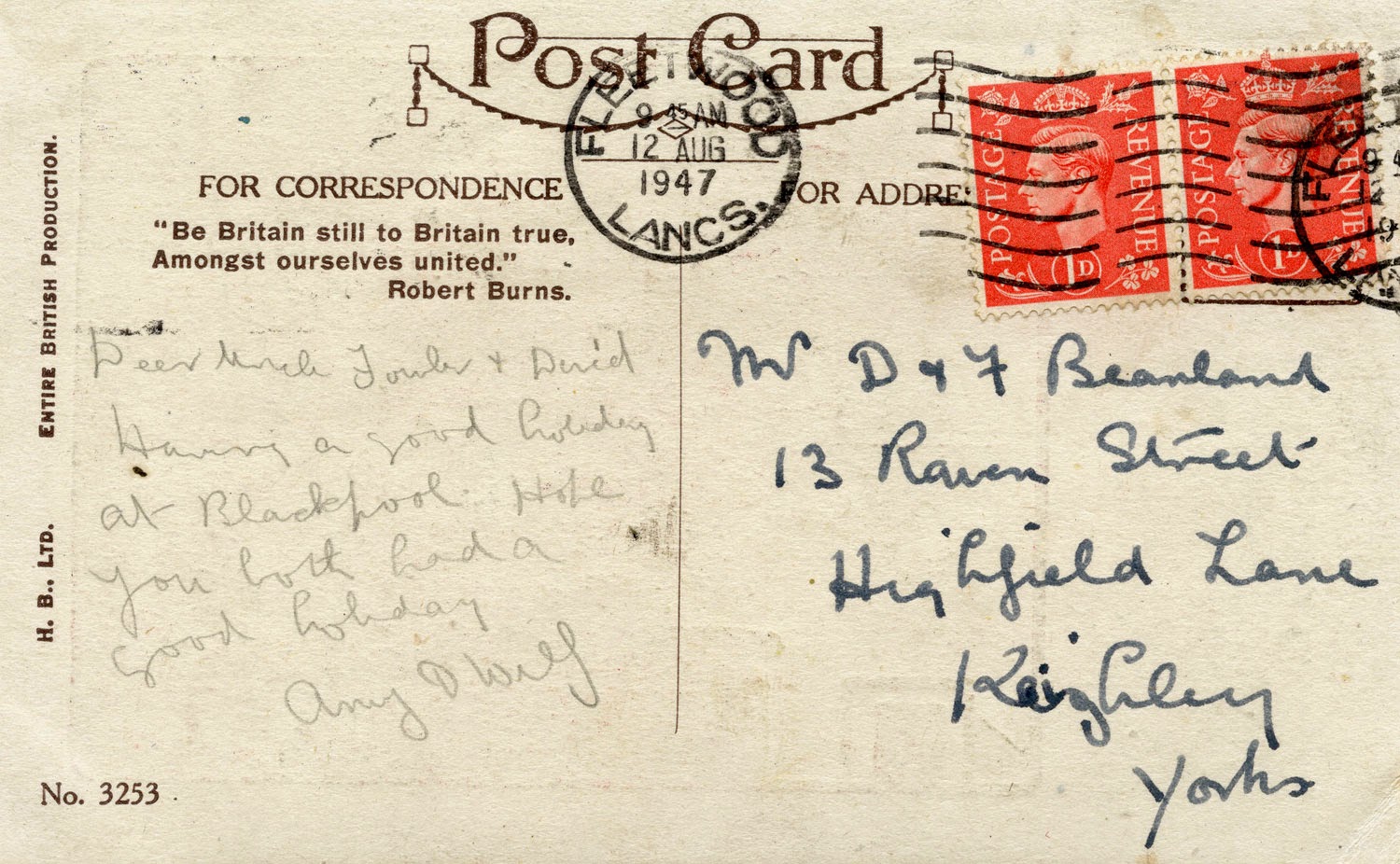 The postcard comes from Great Uncle Fowler Beanland's collection and, for him, is a comparatively late one having been sent in 1947. It was sent by my Auntie Amy and Uncle Wilf and is postmarked "Fleetwood" which is a fishing town on the Lancashire coast, a few miles north of Blackpool. For some reason, there is a quote from Robert Burns printed on the card:
"Be Britain still to Britain true,
Amongst ourselves united"

The surprising thing is that the card would appear to provide proof of the early start made by the "No" campaign in the upcoming Scottish independence referendum. Using Burns as a weapon in the arguments over Scottish independence is just one example of the exotic arguments being used in the final weeks of the campaign. It was suggested this morning by the ex Director-General of the BBC that, if Scotland did decide to become an independent country, it would no longer be able to receive transmissions of "Strictly Come Dancing". Now that is a low blow if ever there was one.
at August 20, 2014