Only English Blood And That Of A Brace Of Grouse : Halifax in August 1914

From The Halifax Courier : Saturday 22 August 1914 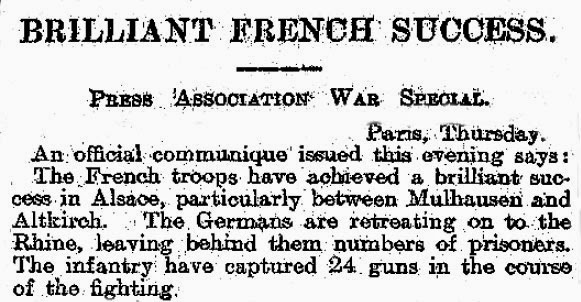 By the third week of the war, a pattern was beginning to develop in terms of the reports appearing in the local newspapers in Great Britain. On the Western Front the allies were still enjoying "brilliant successes" and many still saw the war as a short-term escapade. It would be another four, murderous years before the Germans actually were retreating on the Rhine. 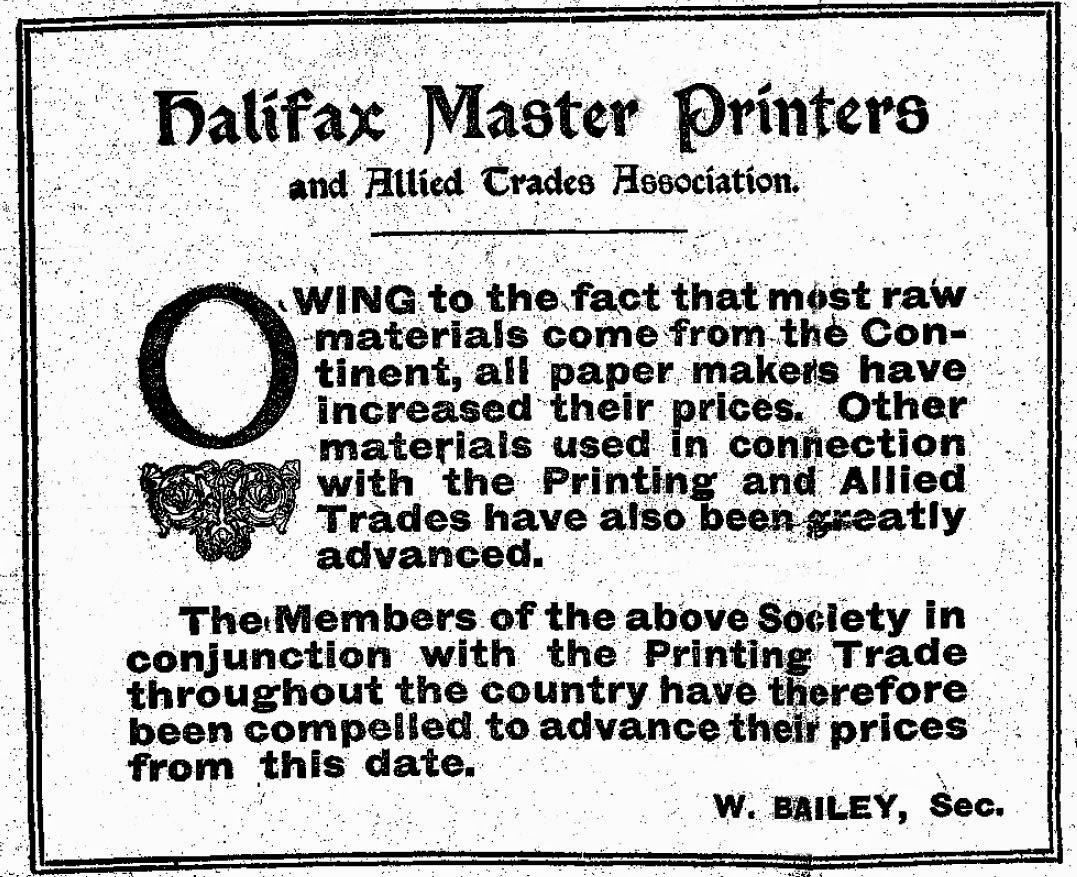 The most visible signs of the war for most people were the price increases, short-time working in the local mills, and the long list of donations to the War Relief Funds. As yet, the long lists of casualties had not become a feature of local newspapers. 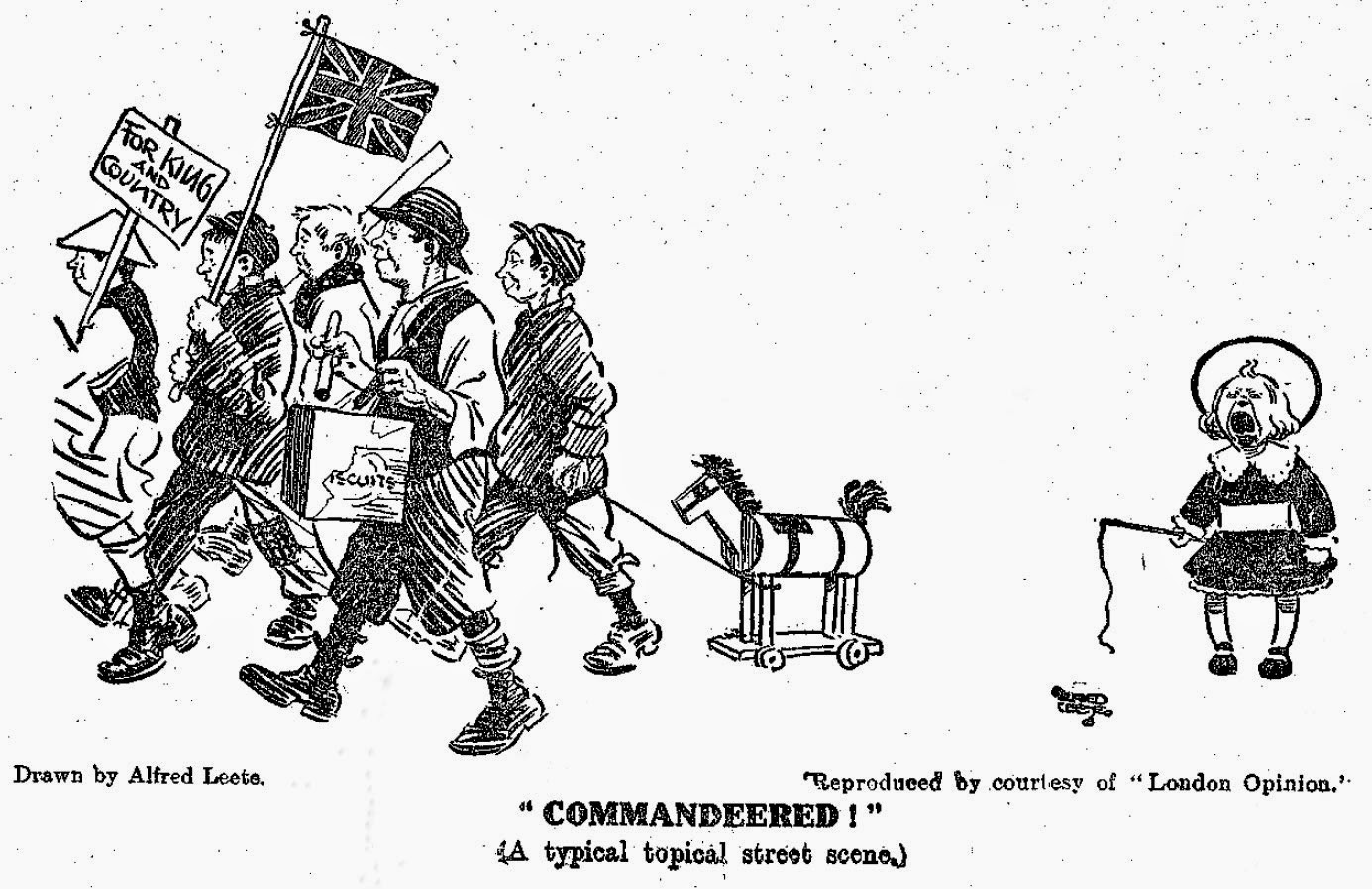 Government representatives were touring the country requisitioning horses, transport vehicles and all types of equipment that could possibly be pressed into war service. Anti-German feelings were widespread and suspicions turned on not only those people of German origin who had been long-term British citizens, but even those who had slightly unusual names. 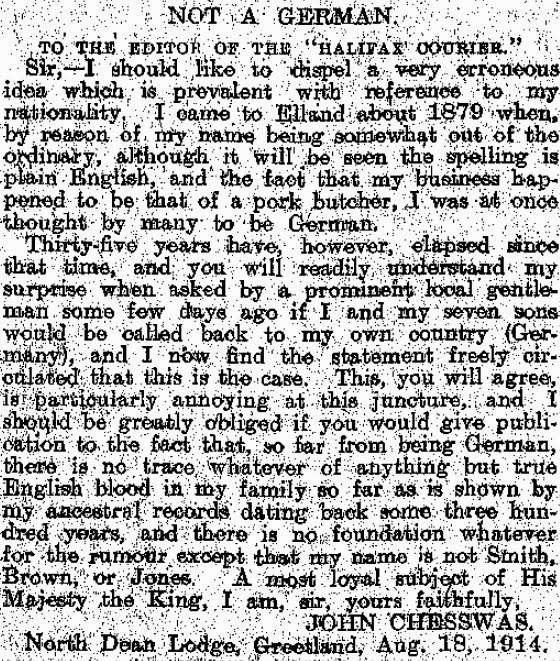 The Chesswas family were long-standing residents of the area, and even today the name is well known in the Lower Calder Valley. It is an indication of the zealotry that existed in some quarters that such a letter ever had to be written.

But even in those early days of the war, calmer, more measured voices could be heard. John Henry Whitley MP represented Halifax in the House of Commons from 1900 until 1928. During the war he chaired the Committee on Labour Relations which gave rise to the establishment of "Whitley Councils" which were responsible for determining wages in certain industries. In 1921, Whitley became Speaker of the House of Commons. 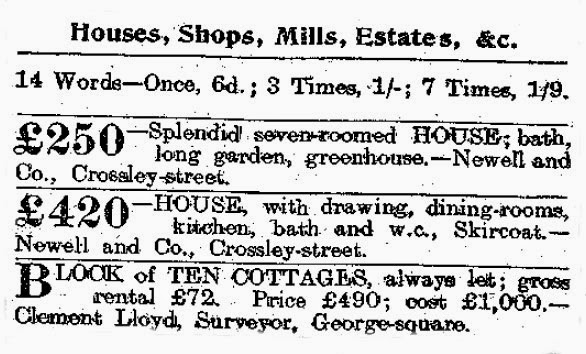 And despite the war, life went on. It was still possible to buy a block of ten cottages for £1,000 or a seven room house with a bath, a long garden and a greenhouse, for £250.  And it was still possible for Lord Savile to take to the moors and shoot the local wildlife. Given the slaughter that was just around the corner, it was a relatively harmless vice. 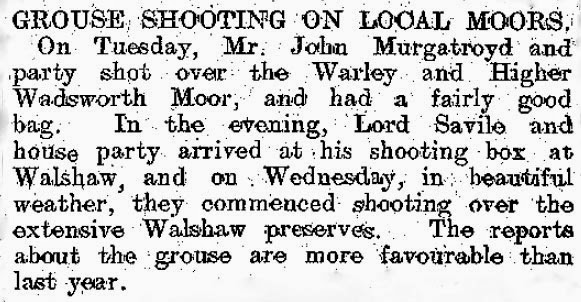