If Heaven Has A Street Plan 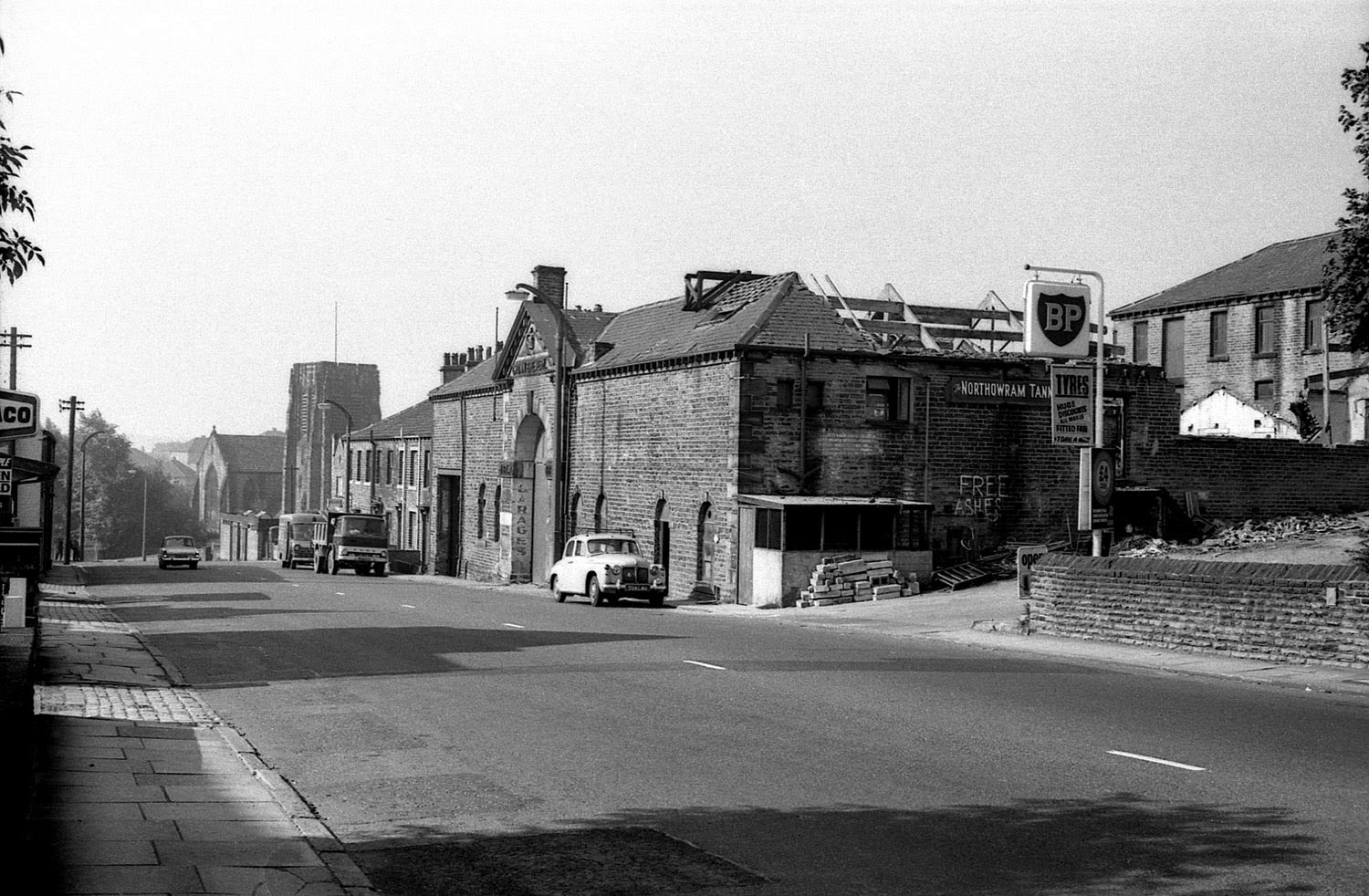 I took this photograph some forty or fifty years ago. It shows the main road (Bradford Road) in Northowram, the West Yorkshire village in which I grew up. The prominent building in the centre of the photograph was originally the Crown Brewery which was opened by John Eastwood in 1876. Its working life as a brewery was short lived, and during much of my youth it served as a factory making asbestos garages and sheds (a frightening thought in these enlightened days, but back then asbestos was still thought of as being a wonder material). The Crown Brewery building has long been demolished although the old Northowram Tannery building which was behind it is still there. I used to work at the BP petrol station that can be seen on the right of the picture, but that too has now been replaced by a housing development. I can squeeze one final memory from this photograph and that is of the fish and chip shop that, for a short time, existed within the old brewery building (just behind where the Rover car is in this photograph). It was run by the art teacher from my school, which was an odd combination of jobs. But the idea of a fish and chip shop within a brewery yard is a splendid one. If heaven has a street plan, that is what it will be like.
at August 03, 2014