The Day The Music Died : Halifax in August 1914

From The Halifax Courier : Saturday 8 August 1914

Finally, war came to Halifax, just as it came to the rest of the country, on the 4th August 1914. It had sneaked up on the country, until now the papers had been full of summer holidays, society weddings and the dangers posed by the suffragettes. But the Halifax Courier of the 8th August was different - war had now moved centre stage, it dominated every aspect of life. And it would do for a further four years. 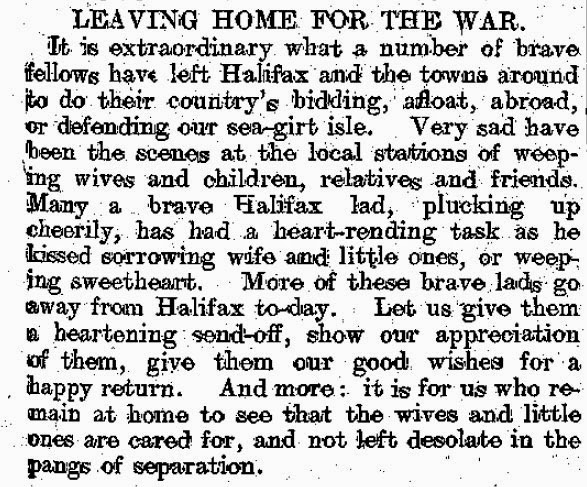 I have been unable to discover how many people from Halifax died in the Great War; how many of those who marched off never came back again. But numbers are not real : you can't aggregate grief. The loss of one husband, one son, one brother is a uniquely tragic event that defies records and ledgers and tallies. 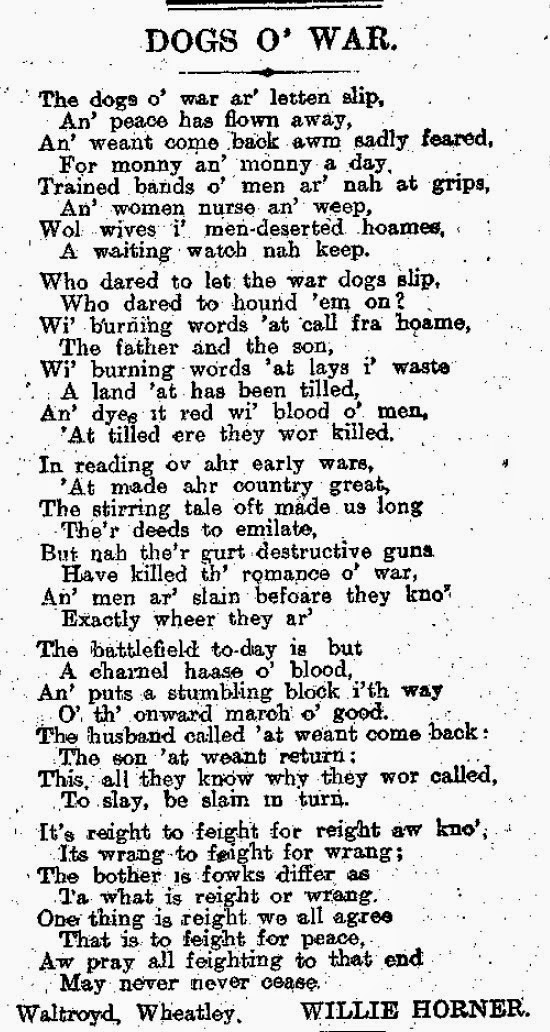 Published in the first week of the war, this dialect poem by Willie Horner of Walt Royd Farm, Halifax, demonstrates remarkable prescience. If war ever had any romance, the "gurt destructive guns" of the Western Front were shortly to blow it away for ever.

Homing pigeons were indeed widely used during the war to carry military messages. Under the Defence of the Realm Act, shooting a homing pigeon became an offence punishable by up to six months in prison. 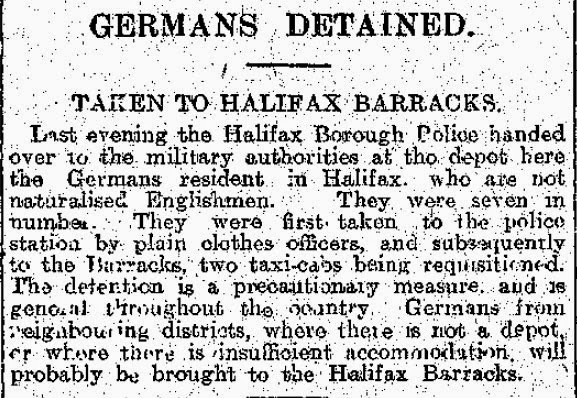 At the outbreak of War German residents in the United Kingdom were gathered together by the authorities. Eventually, men of fighting age - normally between the ages of 18 and 50 - were interred in camps around the country, particularly camps in the Isle of man. 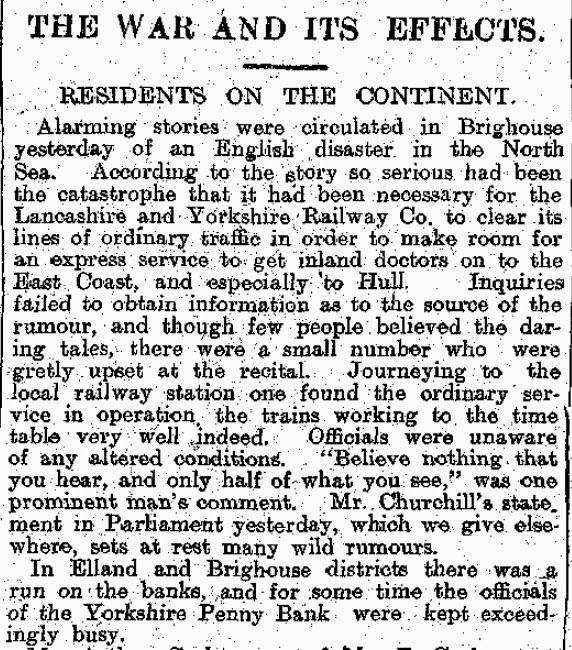 During those early weeks of war, rumours were widespread (the original stories about Russian troops with snow on their boots, date from the first World War). At the time of this article, no navel battle had taken place in the North Sea, although later in the month the Battle of Heligoland Bight took place during which 35 British sailors lost their lives. A financial panic did follow the outbreak of war and the financial crisis was only averted by the closure of banks during a special four day Bank Holiday and the suspension of the London Stock Exchange. The Stock Exchange remained closed for five months.

Perhaps the most poignant comment of all on the coming of war was the announcement that military band performances had been suspended. Not only did the lights go out all over Europe, the band stands also went quiet.