Ceramic Scrabble At The Wes 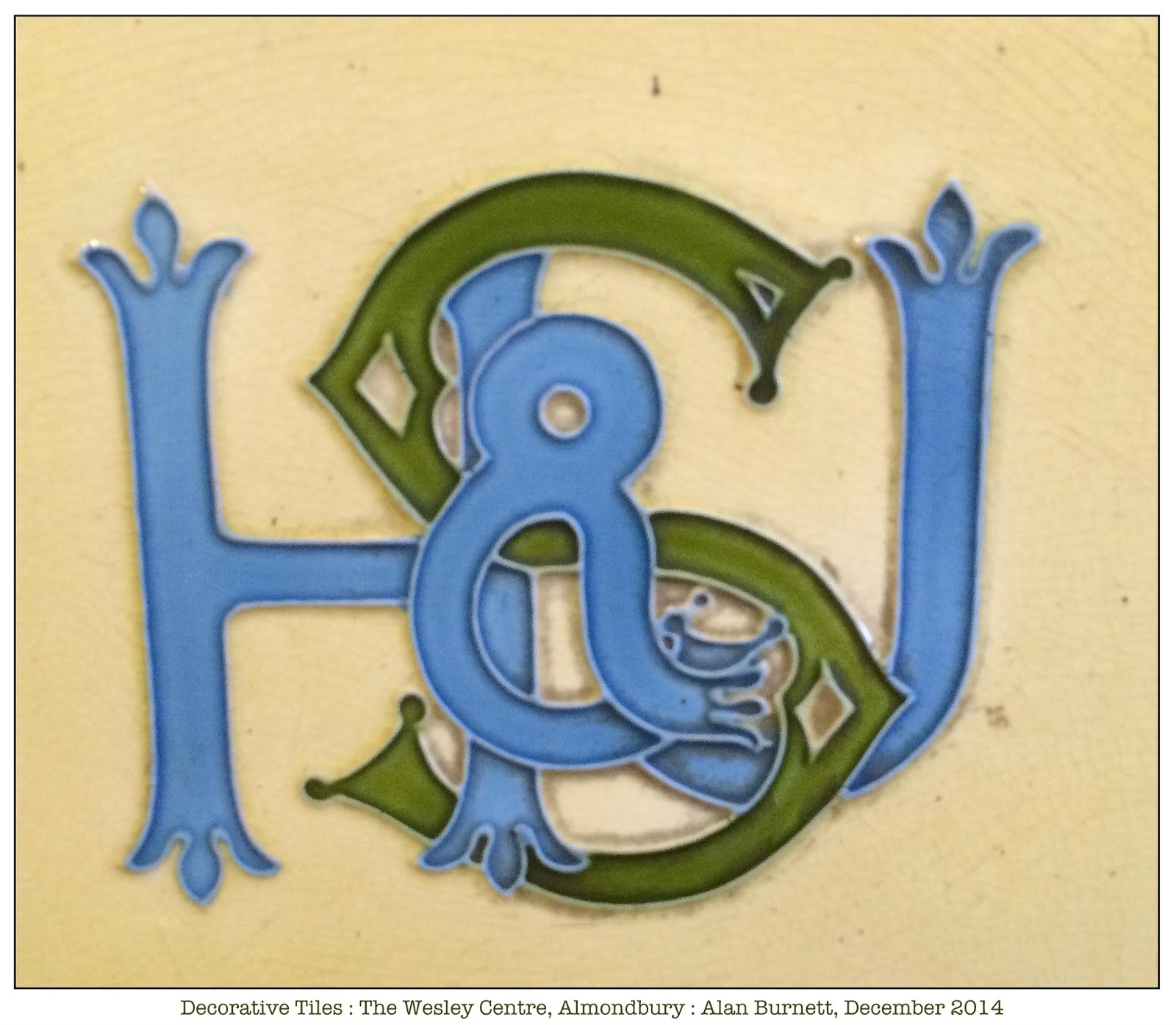 We went to a cricket club coffee morning yesterday at the Wesley Centre which is behind the Almondbury Methodist Church, near Huddersfield. The Wesley Centre is a rather splendid Victorian Church Hall and the entrance is decorated with what must be original Victorian tiles.

After trying to spell some kind of uplifting message with the random letters, I then thought they might be some kind of decorative alphabet set - a Victorian ceramic primer. I also toyed with the idea that they might be an early Scrabble set and, for a time, I experimented with what words I could spell with them (most of them were, I have to say, quite unsuitable for a Methodist Church!) I eventually decided that they must be the initials of the prominent local citizens who had generously contributed towards the funding of the church hall. Whatever the purpose, they were stunningly beautiful.
at December 07, 2014