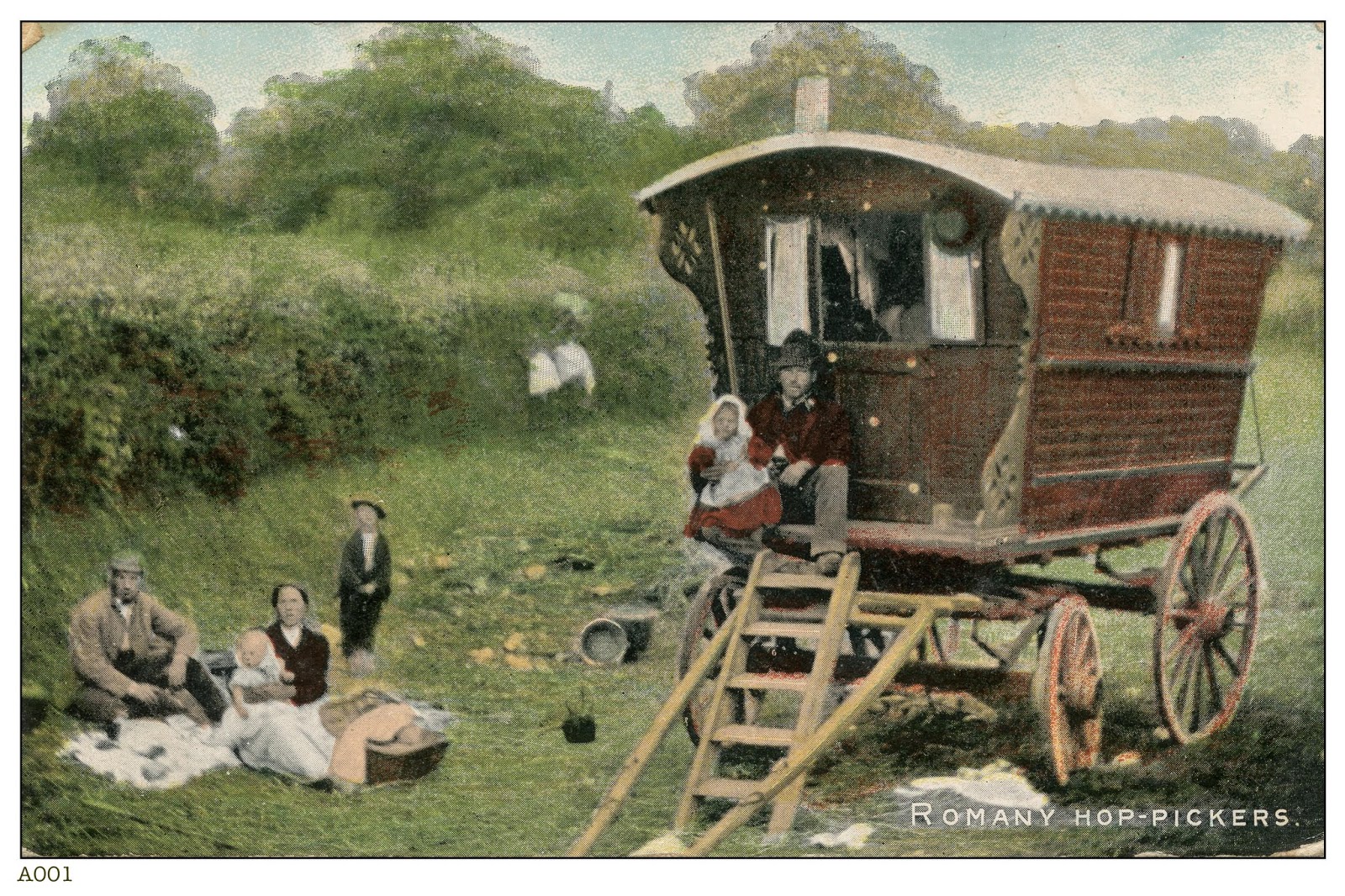 The nearest match I could come up with for our theme image this week, is this early twentieth century postcard entitled "Romany Hop Pickers". It has steps, a parent and a child and no doubt there is a dog around somewhere. No cowboys with lasso's, but this is the wild south and not the wild west. Hop picking was a seasonal occupation and it was also very labour intensive. In Britain, hop growing takes place primarily in the county of Kent, just south of London. The hop farmers would make use of large numbers of temporary workers during the picking season, which coincided with the summer months. Such workers would include travelling Romany families and also families from the East End of London for whom a week's hop-picking was their annual holiday. 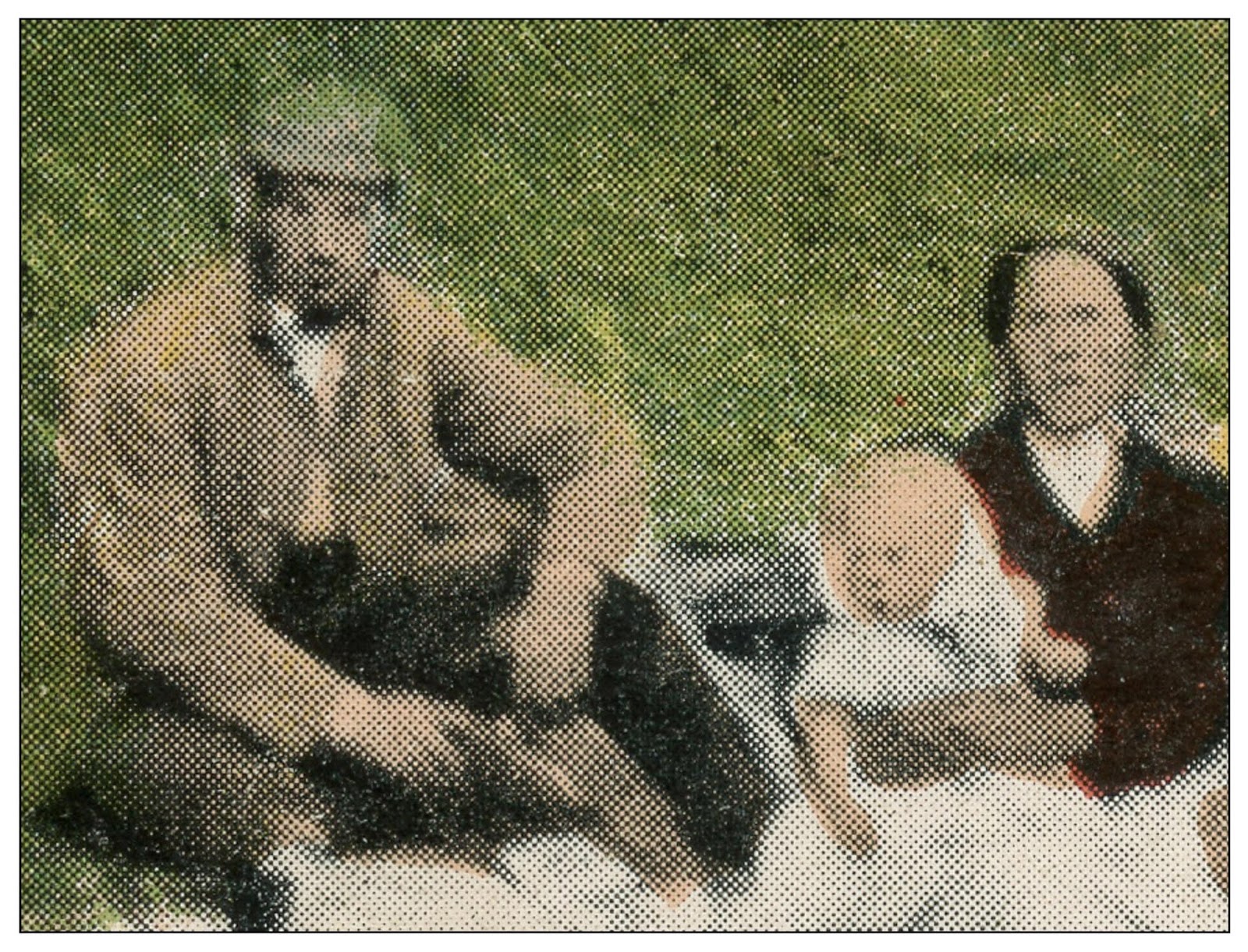 Such old, hand-coloured postcards as this one inhabit a strange hinterland, somewhere between photography and art. Take, for example, the family on the left of the postcard, Seurat-like, they wouldn't look out of place on the Island of La Grande Jatte.