Keir Hardie and Sidney Webb At A Fancy Dress Party 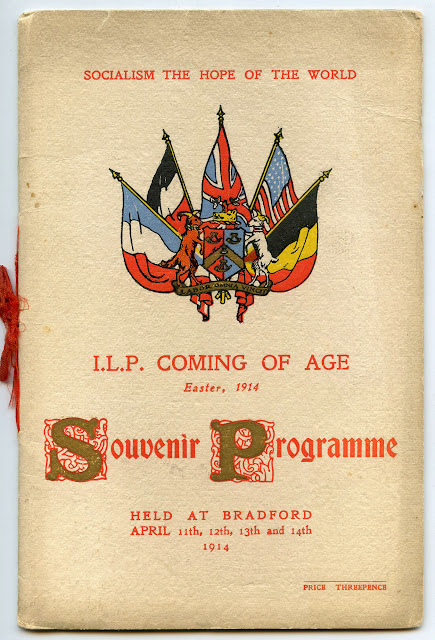 It is election day here and I am staying with a political theme; but don't worry, this is the politics of the past. Back in the 1970s we lived in London and we had a good friend called Lucy Middleton. When we knew her, Lucy was in her eighties, but after the war she had been MP for Plymouth, taking the seat of the famous Nancy Astor. And Lucy had been married to Jim Middleton who had been active in running the Labour Party - first as Assistant Secretary and later as General Secretary - since 1902! When we left London to live back up in the north, Lucy gave me a little present, it was Jim's Programme and badge for the 1914 coming of age conference of the Independent Labour Party.  It was the Independent Labour Party that came together with the trade unions and Co-operative Party to establish the modern Labour Party. 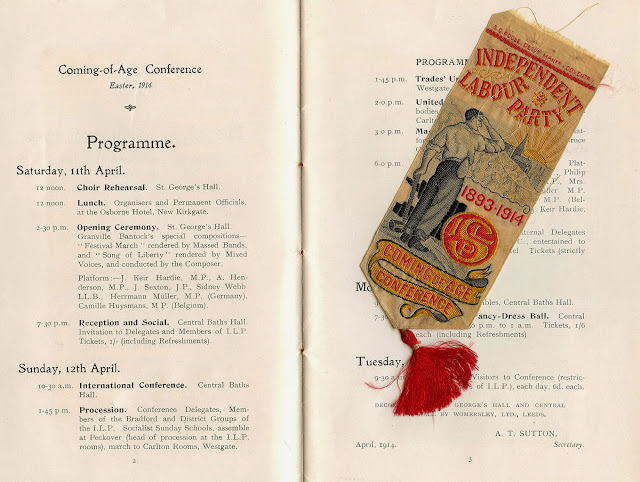 Just reading the names of the platform party from that 1914 conference - Keir Hardie, Arthur Henderson, Philip Snowden and Sidney Webb - is like a lesson in Labour history. I notice from the programme, that the conference opened with the ILP Mixed Voices singing the "Song Of Liberty" and ended with a Fancy Dress Ball. We will be having a little party at our house this evening to watch the results come in throughout the night. I have no idea whether I will be celebrating or not. But if the outcome is not the one I want, I can always keep myself amused by imagining what Keir Hardie and Sidney Webb went to the Fancy Dress Party dressed as!
at May 07, 2015