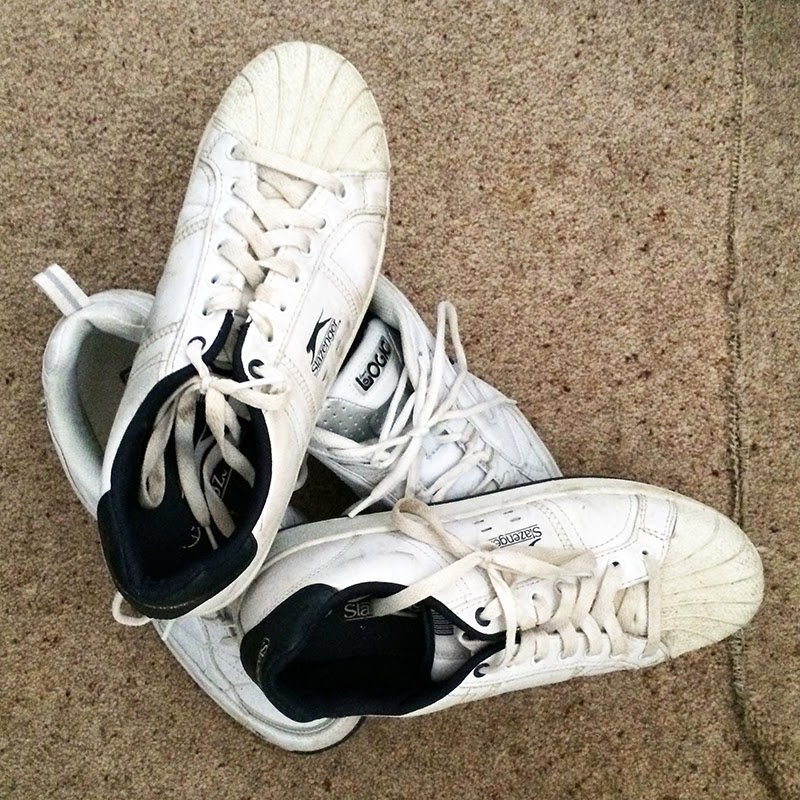 WHITE SHOES
I was running-in a new pair of white trainers the other day. Before anyone accuses me of taking exercise, can I just point out that I was running them in, not in the athletic sense, but in the way we used to have to run-in new cars back in the nineteen-somethings: gently exercising them and never going more than two miles an hour. I had bought them to take on holiday with me and I was anxious to get their newness to rub off to rub off against the streets of home rather than against my bare feet on a foreign beach. So I wore them when we took The Lad out for lunch. Half way through lunch, after once again reminding me that I needed to lose weight,  he looked down and declared "and take those ridiculous things off your feet, they make you look like an old man". All attempts to counter this assertion with the clear evidence that I was an old man were ignored; it appears that white trainers have somehow sneaked passed me on the sly on an accelerated journey from being cool to being geriatric. The Good Lady Wife, who until that moment had been more than happy to allow me to wear the offending articles, immediately threw in her lot behind Inspector Lad of the Fashion Police and my new white trainers have been consigned to the outside garage. 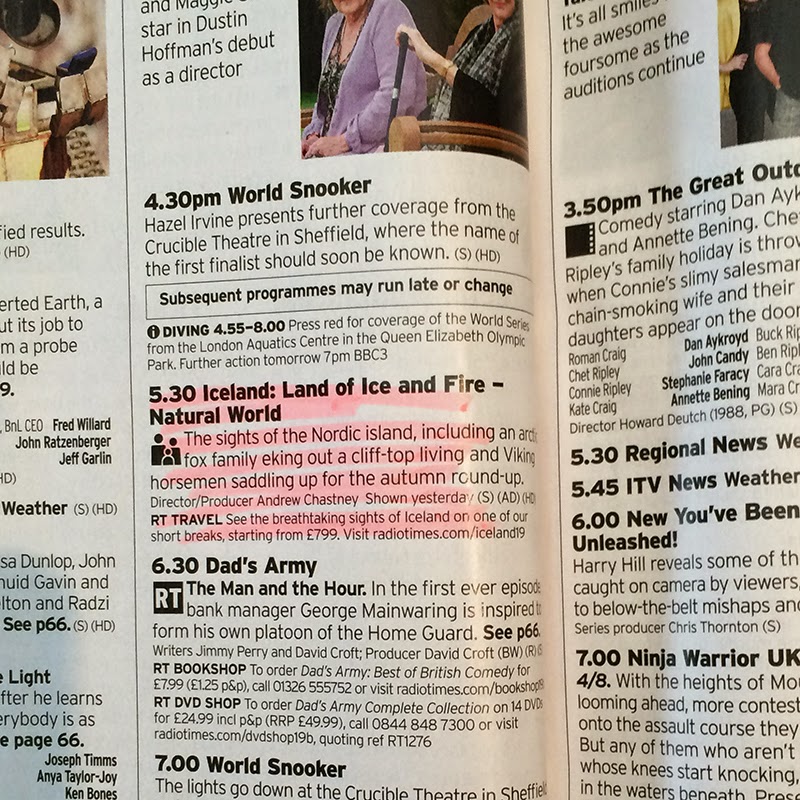 Someone told me recently that another well-known sign of old age was the practice of underlining programmes in the TV listing magazines to ensure that you don't miss what might be a tiny precious gem amidst the background dross of wall-to-wall meaninglessness. I have always been an underliner - I have long been of the opinion that marker pens are right up their with penicillin and the water-closest in the pantheon of great inventions. Fearing another accusation of behaviour that makes me look like an old man, I have taken to underlining shows I need to remember to watch or record whilst half hidden under the bed sheets and later hiding the well-thumbed copy of the Radio Times under the bed like some recalcitrant teenager. The Lad informs me that I shouldn't waste my time and money buying listing magazines as my new TV Box will automatically identify the type of programmes I enjoy watching and record them onto its digital brain which, it appears, is the size of Slough. Big as its brain may be, it somehow believes that my particular favourites are The One Show and CSI Heckmondwike (or some such nonsense) : both shows I have an unnatural distaste for. So I keep my highlighting pen hidden away in that pile of discarded trainers in the garage and only use it in the privacy of a locked and darkened room. 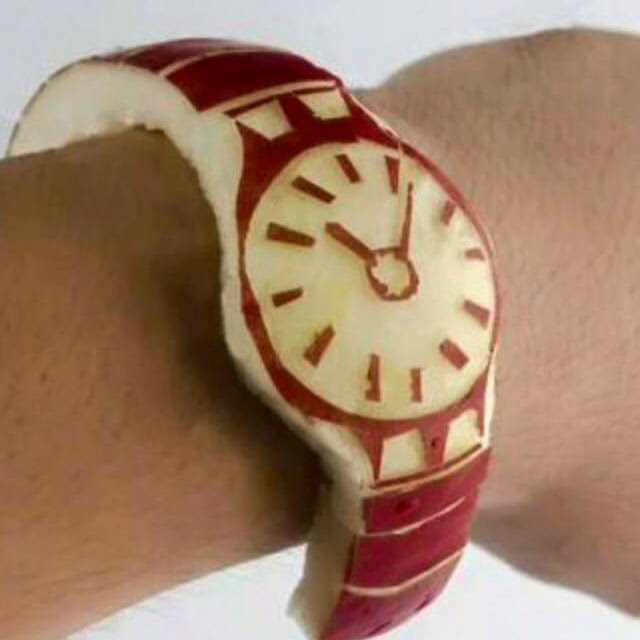 PIE WATCH
I don't want you running away with the idea that I am a grumpy old technophobe - nothing could be further from the truth. I was one of the first kids on our street to own a transistor radio, and people used to travel miles to see my cutting-edge BBC Acorn Computer. And it is this spirit of technological innovation that has brought about my decision to order an Apple Watch. It is partly the fact that it promises to do things like remind you when you have lost your phone and nudge you when you are meant to be somewhere else - both invaluable attributes to those of us on the wrong end of the telescope of life - but I also rather like the idea of wearable technology. And who knows, the technological journey that starts with a simple wrist watch that can measure your heart-beat might one day produce a pair of white trainers that can change colour when it is time to watch Coronation Street.
at May 01, 2015