The Vulgar Abuse Of Mr Trump

I watched the press conference given by President Trump last night with interest: in particular his attack on fake news and the negative reporting he has been subject to by the world press. I never thought I might be capable of feeling sympathy for the man, but there would appear to be a thread of truth in his charges and such negative reporting of him seems to have been going on for longer than even he imagines. I came across this paragraph whilst browsing through a copy of the Western Times for Tuesday 22nd July 1884:-

I am happy to submit this example to Mr Trump and his team in order to fortify his growing bank of evidence against the dangers of a free press. 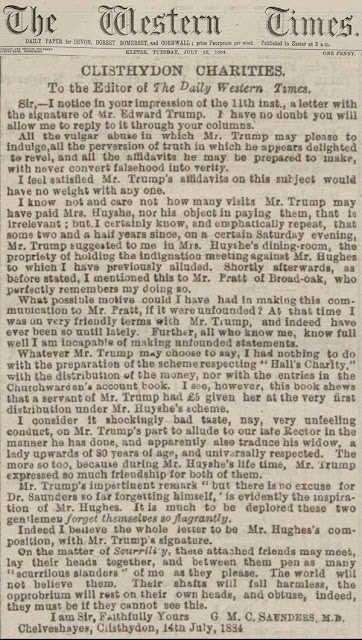