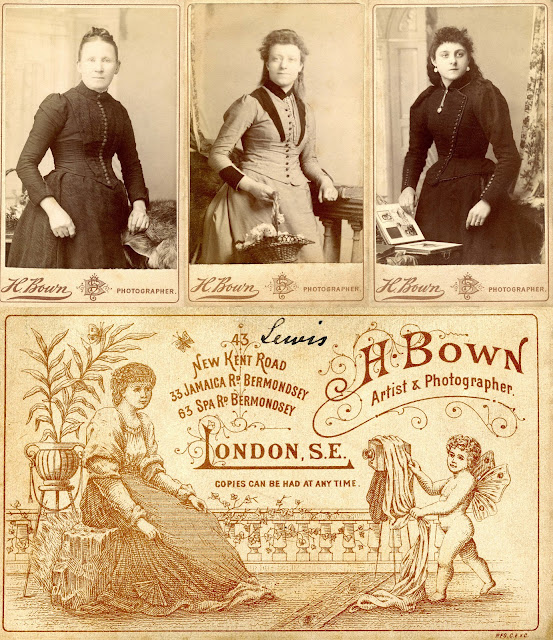 This is a small collection of three Victorian carte de visites all of which come from the London studios of the photographer Henry Bown. It appears that Henry started his working life as a picture framer, but turned to photography during the great studio photography boom of the 1870s. Like so many of his contemporaries, he described himself as an "artist and photographer", and by the turn of the century he had expanded his business to three studios in south London - in the New Kent Road and Jamaica Road and Spa Road in Bermondsey. Following the First World War, the business was taken over by his son, Charles, and Henry eventually died in 1921 at the age of 79.
at February 20, 2017