An Early Example Of Photoshopping For A Biscuit Tin 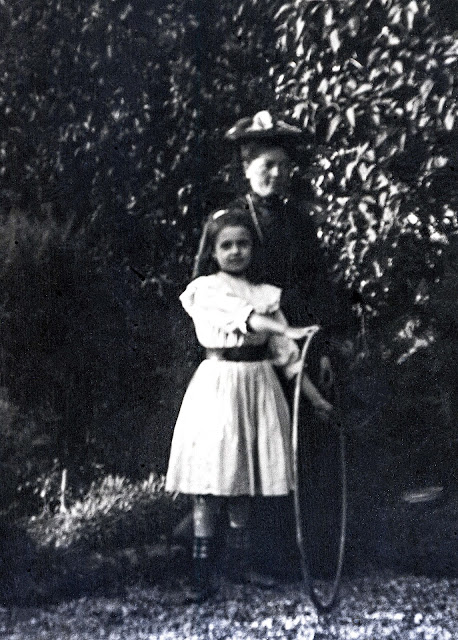 I've been colourising again! My starting image is another glass negative from the batch I bought a couple of weeks ago. By just holding the glass up to the light it was a little unclear what the image was, but after a good high-quality scan and a digital wash and brush-up, what appears is a quite charming Victorian photograph of a woman and a child with a hoop.  Why anyone believed that they could improve on this image I can't understand, but I handed the digital scan over to a mate of mine (a certain Pierre-Auguste Renoir) to see what he could do with it. 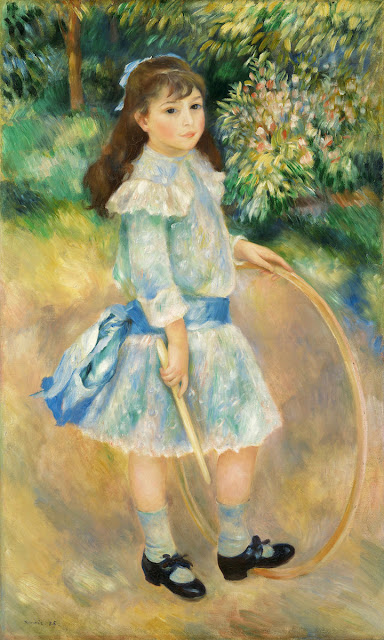 The result is quite cute, but perhaps a little gaudy. He has added too much blue to her dress and got rid of the poor mother entirely! Amusing as it is, I can't see the colourful result stand the test of time. It looks more like a biscuit-tin than a serious attempt at photographic art.