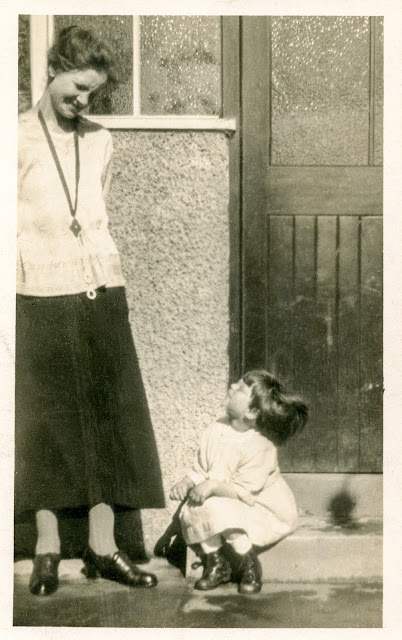 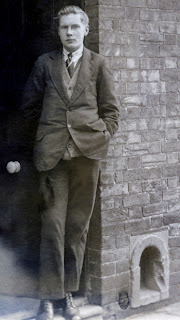 Today's doorway photograph is a quite charming study of what I presume is a mother and daughter. Now, it may be that it was a carefully posed shot (the poor child being compelled to gaze up at her mother by any reasonable or unreasonable combination of carrot and stick), but I would be prepared to bet my old bulb shutter-release against a new SD card that it was a natural moment that the photographer cleverly caught on camera. As for the who and the where, I have no idea. As for the when, I would once again guess the early 1930s.

In a comment on yesterday's post, my friend Heldrun Khokhar asked about the strange hole in the wall next to the feet of the leaning man. This was what was known in these parts as a "coal hole". It was an opening which - via a chute - gave access to the cellar of the house and through which coal could be delivered. Coal delivery men along with their donkey and carts would deliver coal on a weekly basis. The coal would be in sacks which would be emptied down "t'hole". I can still just remember coal being delivered to our house when I was young, although, by then, we had an outside coal-house where it was stored.