Who Could Possibly Want To Buy A Boot For Their Car? 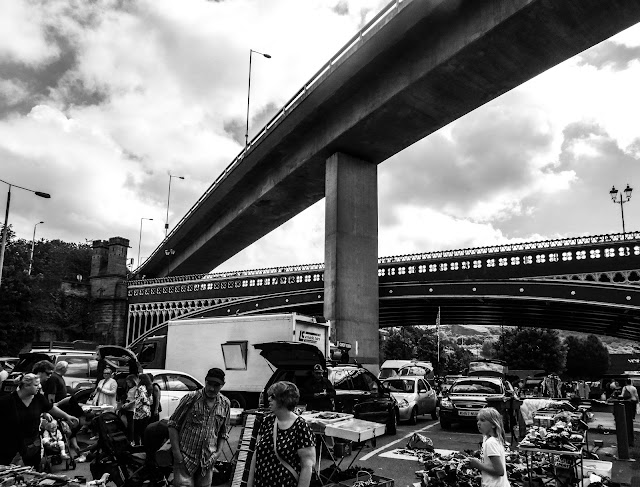 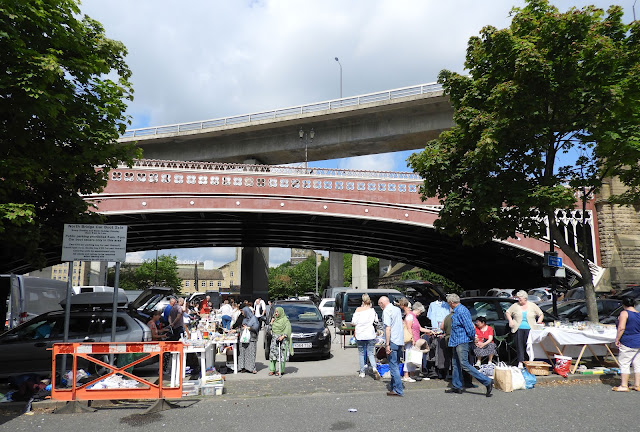 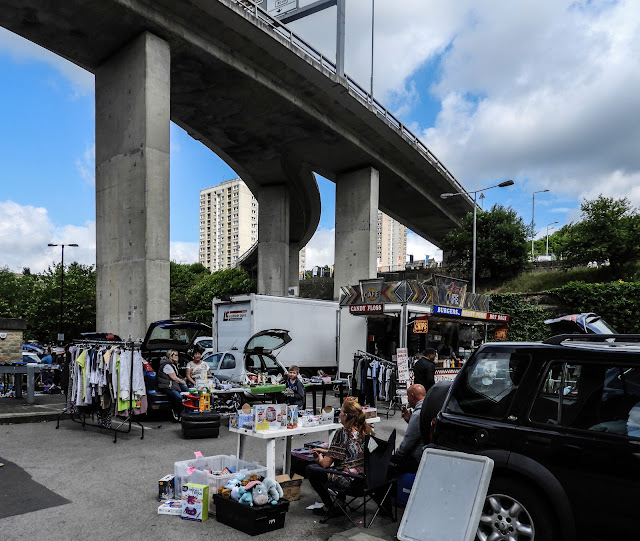 This is a series of three photographs I took yesterday at the weekly North Bridge Car Boot Sale in Halifax.. North Bridge is the Victorian iron and stone bridge that was built in 1871 to span the valley of the River Hebble. It is solid and rather proper, doing the job it was created for with a minimum of fuss, rather like some corseted Victorian great-aunt. By comparison the concrete pillars of Burdock Way - which was opened in 1973 - strut their way across the valley like a disco-dancer in platform heels. Each week, within the shadow of these two fine structures, dozens of people set up stalls selling everything that is cheap and occasionally cheerful. And the Victorian aunt looks down on all the activity, scratches her wrought-iron bolts and murmurs "who could possibly want to buy a boot for their car?"
at July 10, 2017