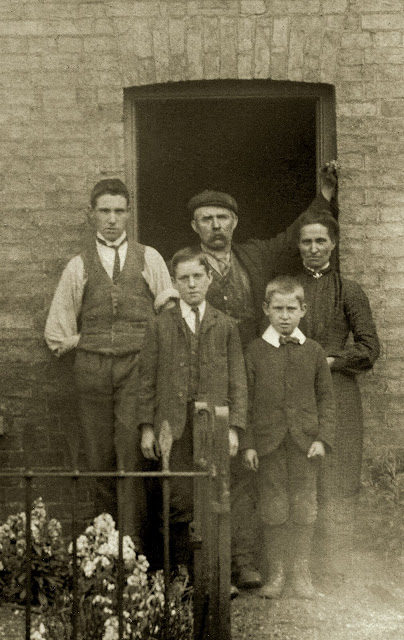 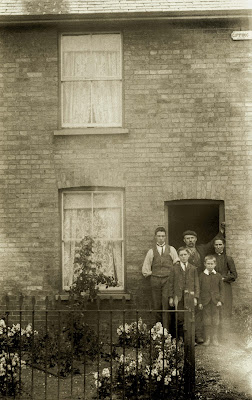 If you look at the full print, there is just one clue as to where this photograph was taken - the word "Gipping" near the top of the terraced house. Gipping is a small village in Suffolk with a population of less than 100. I have taken a wander around the lanes and roads of the village - courtesy of Google Street View - and I can see nothing resembling our little brick terraced house.

Looking carefully at the family, I don't think they are agricultural labourers - which they probably would be if they lived in Gipping, Suffolk. This suggests that Gipping is the first part of a street designation - Gipping Lane, Gipping Terrace, or the like - and is nothing to do with the Suffolk village.