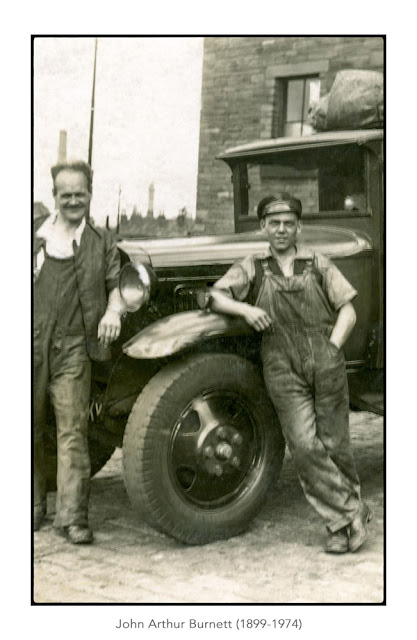 This photograph of my uncle, John Arthur Burnett (left), must have been taken in the late 1920s or early 1930s. By that time, John had served in the Great War in France, been taken prisoner by the Germans, been married and divorced. The vehicle looks like it might have belonged to a coal merchant. Such coal wagons were regular features along Yorkshire streets in the first half of the twentieth century, delivering the coal that kept the home fires burning.
at March 06, 2018