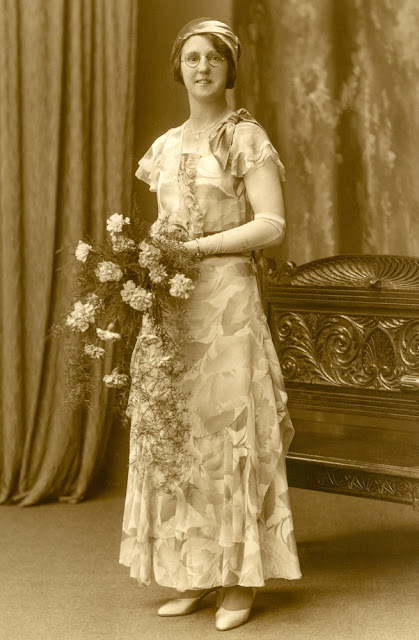 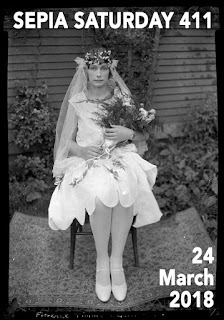 Our Sepia Saturday theme image this week features a magnificent photograph of Florence Timms on her wedding day in 1928. I know nothing of Florence other than that she was the niece of the Vancouver printer and photographer Philip Timms (1874-1973).


I know even less about my match image other than it was taken in Bradford and it features a distant relative. Like Miss Timms, however, she clings on to her bouquet as though it was a lifebelt and she occupies the same historical corridor - somewhere between the first and second world war.

I have two copies of the photograph, but the only clue I have about the identity is that pencilled on the reverse of one of the copies is the information "Harry's cousin". Whoever she is, she looks happy enough: which is more than can be said for Miss Timms. As far as she is concerned, she has not been remembered for being a happy bride, but she surely will be remembered as being the subject of a stunning photograph.