History Hitting You With A Punch 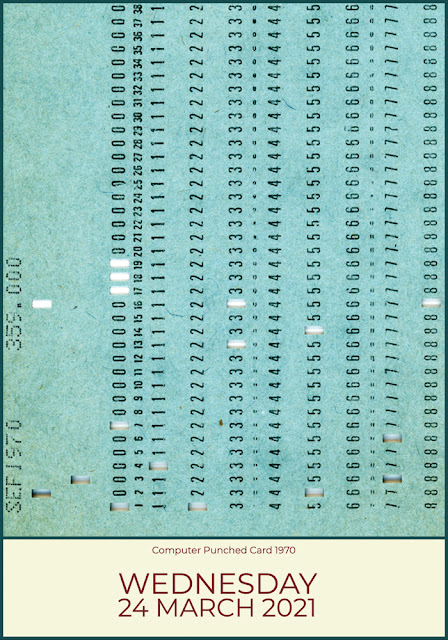 We had a computer when I was at university. When I say "we", I mean the university had a computer. Just the one. An enormous mainframe job which had a building to itself. If you were lucky you might get to use it once in your university career. When I say "you" would get to use it, I mean someone would use it on your behalf; normal folk weren't let within an airlock of it. You could ask it to do things: not fun things like play space invaders or send messages to the other side of the world, but process data, calculate stuff, find patterns in numbers. Communications with the computer were by way of punched cards: bits of cardboard with holes punched in them. Once your data had been transferred to punched cards, fed into the computer and the results had eventually emerged from the other end of the machine you were given your bundle of punched cards to keep. They made good book marks. And then 51 years later, as you were sorting out some old books, one would drop out and history would hit you with a punch.