Joined up planning and flood risks 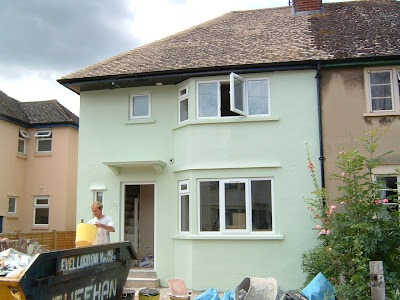 A picture of Meadow Prospect (MP) - our development house - in case anybody had forgotten it.

By June 2007 the rating had changed to 1 in 100. As a result, our first set of plans were rejected, causing huge delays.

We've just had a leaflet inviting us to check the re-drawn flooding map. MP now has ZERO flood-risk rating. I guess somebody noticed it (well, the whole close) stood proud in the huge floods of July 2007. Or not, who knows.

Such joined-up planning, whatever next....