The Diary Of A Self Obsessed, Drunken, Hypochondriac

I would like to thank all those people who have responded to my call for a "cloud-analysis" of my del.icio.us tags. I extend a special thanks to all those who have suggested that I am a self-obsessed, drunken hypochondriac. I feel the need to say a few words in my own defence.
"Self-obsessed" I accept. But which of us, in all truth, isn't? Self-obsession seems a relatively innocent hobby to me - at least you can't be arrested for stalking yourself. The accusation of drunkenness, I assume, is based on the large number of site listings that deal with all aspects of beer and brewing. As I have pointed out many times before, this merely reflects my academic interest in the subject and my intention to finally complete my magnum opus "The Lives Of The Great Brewers". 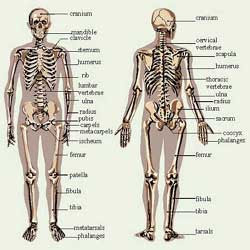 It is the hypochondriac accusation that hurts the most. ("Yes Doctor, it hurts, here just below the knee, it's a kind of driving pain which to me suggests something very wrong with my bone marrow"). The large number of tags relating to Healthcare, Infection, Disease and Death and nothing more than my attempt to help my son, Alexander, prepare for his forthcoming Medical School interview. To ensure that he is up-to-date with current medical goings-on I have been appointed his "information stream manager". My job is to digitally clip stuff out of the world press so he can sound a clever-clogs when he gets in front of the interview panel. Which is fine for him but quite distressing for me. The knowledge of all that ill-health out there is a little alarming. Whilst in no way can I be called an hypochondriac, I can't help worrying that I might pick up some kind of infection from it all.

For example, there was a report in one of the papers this morning about some poor chap who yawned so deeply and widely he dislocated his jaw. He collapsed to the floor unable to breath and was only saved by some rapid medical intervention. Since reading that a couple of hours ago I have been stifling a yawn. I know that if I yawn there is a reasonably good chance that I might die. Another paper say that there is a new hospital-acquired bug which is killing people by the million. MRSA and C Diff are CBeebies compared to this beauty. Occasionally I am called on to collect Isobel from the hospital where she works. Not any more. She can walk and catch a bus in future. Then there was a report which said that unless you store your toothbrush at least 9 feet from the toilet Bowl, airborne particles are likely to colonise it. My toothbrush now lives in the fridge.
The real killer was a report in today's Daily Telegraph which says that worrying about your health is bad for your health. There is no way out of this hell. I think I'll have a drink. It's a bit early but what the hell.
at November 19, 2007