Archive Of The Week : BeerHistory.com

This is only my second post of the week and it is the second that seems to revolve, one way or another, around beer. But fear not, I am not becoming monogamous (I know that isn't the right word but you know what I mean), it is pure coincidence that my Archive of the Week this week is the rather impressive site BeerHistory.com. 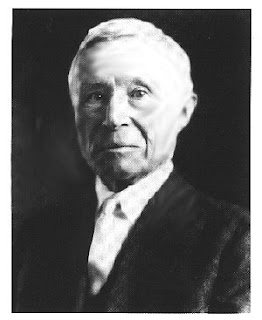 I am not sure who puts together the site - they seem rather coy at giving details about who is responsible for all the hard work which must go into maintaining the online collection of material related to the history of the American brewing industry. And that is the first point that needs to be made about this archive - it relates only to the American brewing industry. But beer enthusiasts have always been the most international of assemblages - they will drink beer from anyway regardless of international borders - and therefore there is something of interest to archive browsers whether they are from Iowa, India, Iraq or Iceland. 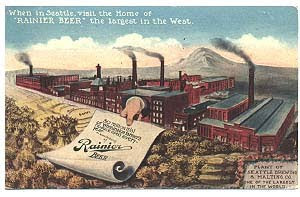 And like all good archives there are dusty corners where you find the most surprising of offerings. As a result of my visit, I discovered that George Washington was a great lover of beer and his personal brewing recipe is preserved. In the interest of historical research, I am reproducing it here.

"To Make Small Beer
Take a large Siffer [Sifter] full of Bran Hops to your Taste. -- Boil these 3 hours then strain out 30 Gall[ons] into a cooler put in 3 Gall[ons] Molasses while the Beer is Scalding hot or rather draw the Melasses into the cooler & St[r]ain the Beer on it while boiling Hot. let this stand till it is little more than Blood warm then put in a quart of Yea[s]t if the Weather is very Cold cover it over with a Blank[et] & let it Work in the Cooler 24 hours then put it into the Cask -- leave the bung open till it is almost don[e] Working -- Bottle it that day Week it was Brewed."
I am off in search of some yeast and molasses. Cheers.