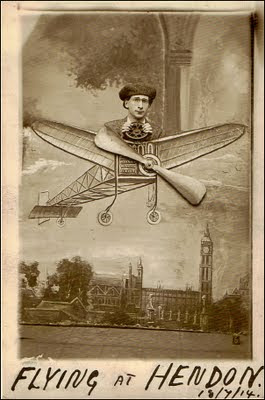 I've been hanging around the PPRuNe website again. When I start skulking around the various PPRuNe forums it's a sure sign that a holiday is in the offing - a holiday involving flight. If you are not familiar with PPRuNe let me introduce you. Nervous potential passenger this is PPRuNe. PPRuNe this is nervous potential passenger. Oh, and just in case you are wondering, PPRuNe stands for the Professional Pilots Rumour Network.It is a jolly little website where professional pilots and other flight professionals can exchange information and seek the answers to questions. Things like "As anyone else noticed that the tail of the DK24 becomes seriously unstable in a cross-wind?". Or "Another two planes have crash-landed at Wenthorpe Municipal Airport, it's a wonder that any land in one piece". They complain about being overworked and underpaid and repeatedly suggest that the latest roster plans of the airline owners are putting passenger lives at risk. It is a must-visit website for anyone about to take to the skies and one I can heartily recommend to all of you.

It's not that I am a particularly nervous flyer, in fact I would say that I enjoy flying in the same way that a lapsed Son of Temperance (which I am) enjoys a pint (which I do). As I have recounted on these pages before (see, amongst other posts, Into The Void) in the early 1980s I lost most of my hearing. The final loss was associated with a heavy flying schedule involving both commercial jets and light planes. The doctors told me to cease all air travel in order to try and retain the very small amount of hearing I had left. As that residual hearing allowed me to hear myself, I followed their advice. And so I became a non-flyer in a world where more and more distance travelling involved flight. I was doing a lot of work for the European Commission in Brussels and in place of the one hour flight I had been used to, my regular trips to Belgium would involve long railway journeys and overnight ferry crossings. I would try to persuade myself that crossing to the Continent via the night ferry from Harwich was romantic and adventurous, but all too often in was merely frustrating and exhausting. I was determined not to let my inability to fly stop me going to events I felt I should attend and would go to ridiculous lengths to get to out of the way places. I remember going to an afternoon meeting in Stockholm. Everyone else flew in during the morning and home again in the evening. For me the journey took a week!

During those years I missed flying almost as much as I missed hearing. Strangely enough I would still dream about being able to fly (by which I mean get on an airplane) long after I stopped dreaming about being able to hear. After my cochlear implant operation one of the first things I did was to fly again. By then all my natural hearing had gone - there was nothing left to lose. So I might anxiously scan the PPRuNe website to see if Acapulco is safe and the airline is solvent : but, come January, I won't be worrying too much. I will simply be glad that I am able to fly.

The picture at the head of this post is one of the postcards from my collection. It is a modern reproduction of a photograph dating back to 1914 and features some kind of event at Hendon Airfield near London. At the time, Hendon was being used as the base of the Royal Aero Club of the United Kingdom. According to their weekly newspaper "Flight" ("The First Aero Weekly In The World"), the 18th July 1914 was the date of the Hendon-Brighton-Hendon Air Race. One can only assume that the postcard features one of the competitors.