Searching For Gravitas In An Emerging Social Milieu

We were at this Royal Medical Benevolent Society "do" the other evening and we were ushered into the room which appeared to have been reserved for the oldies. Everybody there seemed to have retired and there was much chatter about the ways in which those precious retirement years were being filled to the very brim with good works and useful endeavor. Some people were doing degrees in Egyptology whilst others were cultivating new species of hybrid tea roses. I developed an unhealthy interest in the accumulated fluff in my trouser turn-ups in order to avoid the dreaded question : "and how do you occupy your time?". Walking the dog, enjoying a decent pint, and a little harmless blogging doesn't sit well amongst all that service to local charities and research into the etymology of modern Sanskrit. 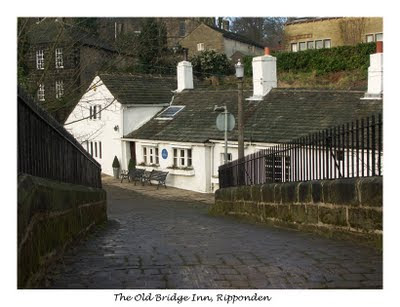 I was still turning this over in my mind the following morning when I was getting Amy ready for her walk and downloading the latest Guardian Football podcast to my MP3 Player. And there on the iTunes site I saw something called iTunesU. It is a kind of University of the Modern Age where instead of doing boring things like turning up at lectures you can download them to your iPod and learn whilst you are lying in bed ... or in my case whilst you are walking the dog. Participating institutions include respectable institution like Oxford, Cambridge, Stanford and Cornell. It's free, it's easy and it is an instant way to acquire some post-retirement gravitas.

I eventually chose a series of lectures delivered by a certain Dr Beat Kumin (I kid you not) of the University Of Warwick on the role of the 18th century European public house as dynamic multi-functional spacial environments. I downloaded the first episode and set off merrily on my way. By the time I had got to the top of the road my mind was wandering: by the time I got to Bradly Roundabout I was practically asleep. It was like being transported back forty years to one of those pointless, pseudo-academic, jargon-rich exercises in self-abuse that used to pass for university lectures. My search for gravitas had come to an end. I clicked the MP3 Player forward and listened to the Archers instead.

Later I went for a pint at the Sportsman in Huddersfield and wrote the visit up for my Great Yorkshire Pubs Blog. I suppose I could have written about how the pub was no longer fulfilling its central role as an inter-cultural communications space within the emerging social milieu. But I didn't. I wrote about curved mirrors and bitter beer instead. What the hell, if anyone asked what I do with all my retirement time I will simply say "I enjoy it".