FPTP, AV And A Hanging Sword 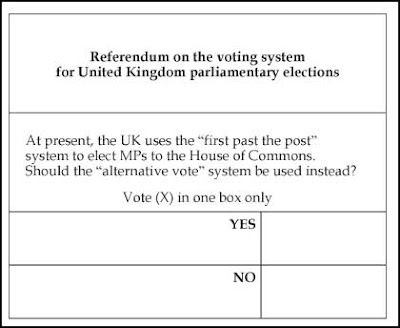 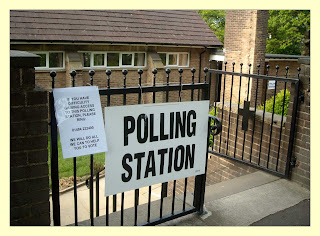 We are having a referendum in the United Kingdom today, which is all jolly exciting as it is only the second national referendum we have ever had. The referendum gives us an opportunity to change the voting system used in Parliamentary elections (is it the old Cromwellian in me which believes that if God and the Queen are entitled to capital letters, so is Parliament?). The two systems on offer are the current first past the post (FPTP) method or the alternative vote (AV) method. I have to confess that my vote has been largely determined not by the stated advantages of either system but by the ridiculous arguments put forward by the "No" campaign. To be told by the main party that is behind the "No" campaign that nobody in their right mind uses the AV system when they use just such as system to elect their own leader seems a little hypocritical to me. The current forecasts are that the "No" campaign will win the day which simply goes to show what an antipathy to change we have over here. This is the country, after all, where new Members of Parliament - however they be elected - upon taking office are provided with a metal locker, a coat hanger and a red silk ribbon to hang their sword from.
at May 05, 2011