If Only They Could Send A Postcard Instead

"What the hell is happening over there?", the Lad asked last night in a phone call from darkest Africa. As we watched the news reports of burning buildings and wide-scale looting in London and some other major British cities, I had to confess I had little or no idea. One could line up all the usual suspects - criminal gangs, social deprivation, hooligans playing copy-cat, the poverty of materialism - and all are found wanting. One can turn on social networking and digital communications, but these are just a means rather than a cause and are only guilty in the way books were guilty for Mein Kampf or railway trains were guilty for the German invasion of Belgium. It would be some comfort if we could blame the long, hot summer nights : but alas they are cool and wet at the moment. Perhaps the alienated young want to make their mark on history, become the subjects of their own tweets Oh, if only they could only send a postcard instead.

Here is a view on London in slightly quieter days (although riots were by no means unknown 100 years ago). The card was sent from Eliza Beanland (my mothers' aunt) to Fowler Beanland. It reads as follows:

Dear Brother,I have been to the station tonight to ask how much your bicycle will be sending and he says it will be three shillings and ninepence under our own risk and five shillings under the company risk, so write and tell me what to do.With love, Eliza

In difficult days such as these, it would appear that everything is under our own risk. 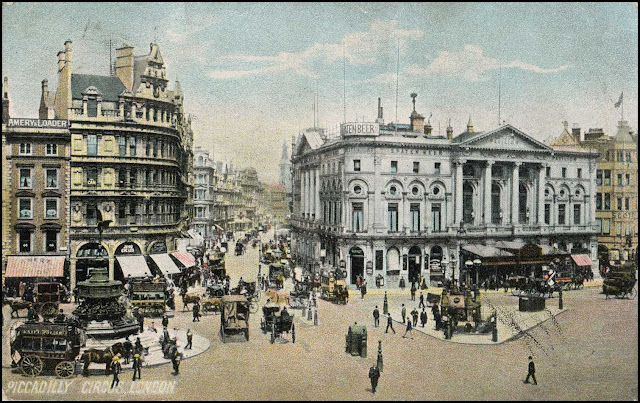 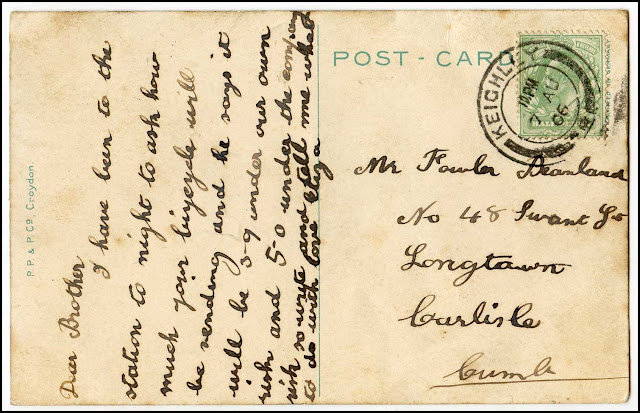