The Writing Is On The Wall : Part 1

That most fascinating of bloggers, Teresa Evangeline, wrote a post a week or two ago about hand-writing. Like so many of us, she praised the undoubted benefits in terms of time, expense and convenience of e-mails and texts, but regretted the passing of that extra dimension of insight and understanding that was always provided by being able to see the other person's handwriting. In some ways it is rather like conducting a conversation with someone without being able to hear their voice (and I had enough experience of "conversations" via written notes during my years of deafness to know what I am talking about) : it is communication, but stripped-down, utilitarian, generic communication. 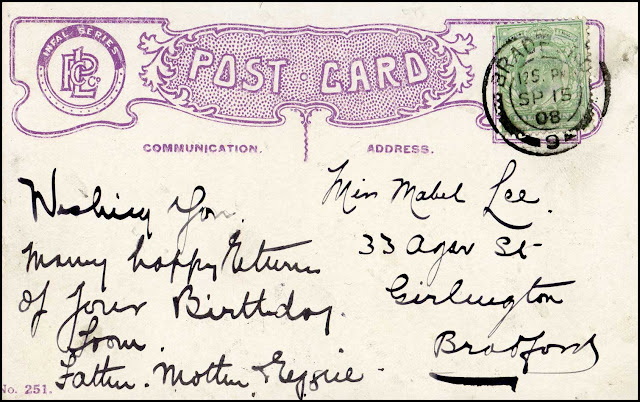 As a somewhat half-hearted collector of old postcards, I have always been equally fascinated by what is written on the reverse of a card as with the picture that was on the obverse side : and not just what is written, but how it is written. One of the attractions of the "Gentle Twitter" project I initiated earlier this year was that it resulted in hand-written cards from people I had previously known only through the medium of type-written script.

There are a fair few examples of my own handwriting dotted throughout my Blog Archives (look no further than here or perhaps here) and I am not sure which extra dimension of my character they illustrate (other than I spend too much time sat in pubs, writing notes). My brother Roger, raised hand-written notes to a higher level than I have ever been able to achieve : and two of his books are "hand-written (Virgin Island Sketches and Caribbean Sketches). Here is an illustrative page from the latter. 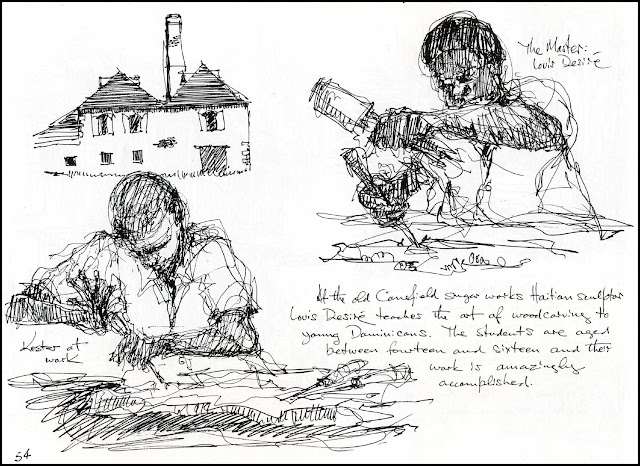 The question which came to my mind when I read Teresa' post was "can new technology offer us any ways of incorporating that extra-dimension into our Blog Posts?" So armed with my iPad and a stylus pen I embarked on an experiment - the results of which I will share with you on Thursday. Then, I promise you, the writing will be on the wall.